Keywords has bought Sperasoft, which employs 400 software engineers and artists 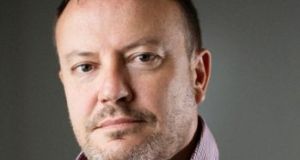 Andrew Day: “Sperasoft adds considerably to our engineering services division, which we intend to continue to build organically and through acquisition”

Keywords Studios, an Irish-headquartered video gaming firm that listed in London four years ago, has acquired Sperasoft in a $27 million (€23m) deal.

Established in Dublin in 1998, Keywords employs more than 3,000 people, and provides localisation services to many of the leading players in the sector including Tencent, Electronic Arts, Oculus, Supercell, Activision, Sega, Nintendo and Ubisoft. Listed on the AIM, the company has more than 42 facilities in 20 countries.

Game developer Sperasoft, which was founded in 2004, is headquartered in California, with production studios in St Petersburg and Volgograd, Russia, and Krakow, Poland. It employs 400 software engineers and artists.

Keywords will acquire Sperasoft for a total consideration of $27million, comprised of $22 million (€18.7m) in cash ($1 million of which is deferred for one year) and the issue of 260,049 new ordinary shares in the Irish firm.

“Sperasoft adds considerably to our engineering services division, which we intend to continue to build organically and through acquisition, as well as significantly enlarging our range of services and geographic footprint,” said Keywords chief executive Andrew Day.

In a note to investors, Davy described the buy as a “significant addition” to Keywords’s software engineering service line.

Keywords only made its first move into engineering in May of this year with the acquisitions of XLOC and Game Sim, followed by d3t in October.

Sperasoft achieved revenues of $16 million (€13.6m) in 2016, with 2017 expected to deliver $27 million in revenue and an underlying adjusted earnings before interest, taxes, depreciation and amortisation (ebitda)of $2 million (€1.7m).