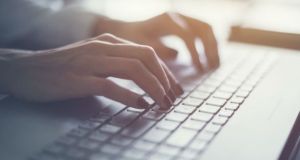 Shaw Academy is aiming to teach 500,000 new students a month by December

Mr Murphy, who is also chairman of Ovo Energy Group and GYG in the UK, succeeded Virgin founder Sir Richard Branson as head of the Virgin Group in 2005.

During his six years leading the company, Mr Murphy oversaw the creation of a number of new businesses, including Virgin America in the US and Virgin Blue in Australia.

Shaw Academy, which was set up five years ago by James Egan and Adrian Murphy is headquartered in Ireland, where it has a live e-learning centre at East Point in Dublin,

The firm, which provides live online course in areas such as IT, business and marketing, employs more than 180 people in Dublin and Bangalore.

Mr Murphy’s appointment as chairman of Shaw Academy coincides with a period of substantial growth for the company, which is aiming to teach 500,000 new students a month by December .

1 State subsidises public sector retirees to cover gap until State pension
2 Who are Ireland’s 17 billionaires?
3 My father in a nursing home wants to gift me his house
4 Trump holds America up as ‘example for the world’
5 Countries that fail to attract immigrants will lose out – Microsoft chief
Real news has value SUBSCRIBE