Ireland must learn from UK data protection and ID disasters 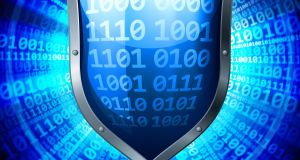 While authorities may push ahead with plans which ignore concerns about privacy and data protection, the law will eventually catch up with them, usually at significant cost to the taxpayer.

The growth of the public services card as a de facto national ID card has attracted a lot of media attention recently, with special credit due to Elaine Edwards of this newspaper for her persistence in excavating the facts on which most of the later reporting has been based.

The issue continues to rumble on, and the Data Protection Commissioner has asked the Department of Social Protection to explain the legal basis for the claim that the card is mandatory. One month later, despite repeated promises, the department has not yet done so.

More could be written about the public services card, and the varying and sometimes contradictory claims put forward to support it. But if we focus on the card we risk missing the wider picture, which is that the card is not an aberration but exemplifies a systematic disregard for privacy and data protection throughout the State.

Consider the Department of Health. In a remarkable statement to the Dáil earlier this month, Minister for Health Simon Harris admitted that Ireland “remains in breach of both European Union and national data protection legislation” by keeping a database of blood samples from newborn children without the consent of their parents. Following a complaint in 2009, the Data Protection Commissioner ordered that these samples be destroyed. However, the Department of Health has failed to comply and is instead proceeding with plans to retain the database and to open it up for research and possible other uses.

This defiance of the law raises significant questions for the independence of the Data Protection Commissioner, who has taken no enforcement action against this challenge to her statutory authority. The message to the State is that it can ignore data protection law with impunity.

Since 2014, the Department of Health has also been involved in developing health identification numbers and electronic health records schemes, which present significant issues of privacy and confidentiality. For example, by requiring the use of health identification numbers these schemes tie together potentially leak-sensitive information about an individual’s medical history, despite an earlier promise that use of these numbers would be voluntary. It is hard to trust assurances from the department on this issue given that it is already, by its own admission, in deliberate breach of data protection law.

We see the same picture elsewhere.

In 2014, An Garda Síochána started using body-worn cameras in an ad hoc way, without any legislation or formal safeguards. The Garda five-year modernisation plan says that the Garda will start taking video feeds from the National Roads Authority, local authorities and private car park operators to run automatic number plate recognition systems – creating a national database of people’s travel to be stored for an unspecified period.

That plan also says that, from 2017, the Garda will start using “face-in-the-crowd and shape-in-the-crowd biometrics” to identify people on CCTV systems. Again, all of this is to take place without any legal basis, in a manner that appears to be contrary to data protection law. It seems the Garda has not learned any institutional lessons from the 2014 scandal around the recording of calls to and from Garda stations, nor from the ongoing concerns about abuse of the Pulse system.

The common pattern in these cases is that fundamental rights are viewed as inconvenient obstacles. This is a paternalistic view, in which the institution knows best and public concern can be disregarded. However, this approach merely stores up problems for the future. There are lessons for Ireland from the UK, where many of these issues have already been played out.

In 2002, the UK government launched a National Health Service-wide electronic health records system which failed to adequately address patient confidentiality. This was eventually scrapped in 2011, in large part due to concerns about privacy, and replaced with systems which guarantee that patients can opt out of data sharing. The ultimate cost was in the region of £10 billion.

The public services card has a parallel in the UK, where ID cards and a National Identity Register were introduced by legislation in 2006, only to be abandoned and the data destroyed in 2011 following extensive public opposition. Similar to the public services card, the UK ID card had no clear rationale and was ultimately rejected by the Tory/Lib Dem coalition government as “wasteful, bureaucratic and intrusive”, at an eventual cost of about £5 billion.

The increasing Garda use of CCTV, facial recognition and number-plate recognition also echoes the UK, where both the information commissioner and the independent surveillance camera commissioner have described similar practices by UK police forces as intrusive, disproportionate and illegal.

The message from these UK examples is clear. While state authorities may push ahead with plans which ignore concerns about privacy and data protection, the law will eventually catch up with them, usually at significant cost to the taxpayer. Fundamental rights are factors which must be taken into account at the outset, not reluctantly considered when a scheme is already being implemented.

As the Data Protection Commissioner put it in her most recent annual report: “Public-sector bodies and Government departments are in many cases slow to adjust to the reality that data-protection rights cannot simply be legislated away without sufficient necessity and proportionality analysis and prejudice tests being applied.”

The failure of the State to accept these points has already squandered public trust in areas such as the public services card, and seems likely to do so in other areas such as electronic health records.

Dr TJ McIntyre is a lecturer in the UCD Sutherland School of Law, a solicitor with FP Logue Solicitors and the chair of Digital Rights Ireland