Internet addiction: Are we valuing the virtual over reality?

The internet has become a source of severe distraction, if not obsessive fixation 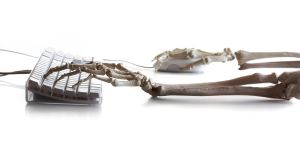 ‘If we are not all clinically addicted per se, surely we are severely distracted?’

Some 50 percent of US teenagers “feel addicted” to their mobile devices. Four in 10 UK teenagers consider themselves to be addicted to the internet. Another recent survey shows that 95 per cent of teens spend much of their day online. These juicy numbers make for great headlines and can be backed up with percentages from countless other surveys.

Are we needlessly scaremongering over technologies that have become as essential as oxygen to younger generations or is this a wake-up call for a society that values the virtual over reality?

First of all, what do we mean when we talk about internet addiction? We need to tease apart damaging, compulsive behaviour from the expectation of being constantly connected. While parents are right to be concerned about the former, they will have to learn to live with the latter.

After all, is a constant supply of wifi not a reasonable expectation for everyone living in 2017? On July 1st, 2016, United Nations Article 19 declared access to the internet to be a basic human right.

It has even been suggested that internet access be integrated in some form into Maslow’s hierarchy of needs, a psychological theory arguing that for humans to have a good life, their physiological and safety needs must first be met, followed by those of social belonging, self-esteem and respect. It could be that the internet feeds into many of these: how many people rely on Facebook or Instagram for a sense of belonging within a community?

“Father of the Internet”, Vint Cerf, disagrees with Article 19. The argument that the internet is a tool for realising basic human rights, especially in countries where these rights are suppressed “misses the larger point”, he says. “Technology is an enabler of rights, not a right itself.” It is also worth noting how ridiculous it is that globally more people have access to mobile phones than clean drinking water.

But before you declare that we need to cop ourselves on, think about how being online is intertwined with the rest of your life – because if wifi is not necessarily a basic human right, it certainly is now a necessity for most of us.

Sure, we can do without Candy Crush and Snapchat but imagine everyday banking, booking flights, mapping your car journey, doing your job, or maintaining your network of friends if you were handed a Nokia 3310, the classic “dumbphone”.

Not to mention access to free information and educational resources ranging from Wikipedia to Coursera that are changing the lives of those who would otherwise never have been afforded these opportunities.

And this is all “old”, established technology. What about the rise of IOT (the Internet of Things) and the connected home? We are already living with the likes of Nest, Alexa and Philips Hue. Switching off or doing a digital cleanse is becoming as likely as removing ourselves from the power grid or water mains.

But we are hardly going to become addicted to remotely fiddling with the temperature in the kitchen or obsessively planning journeys on Google Maps.

Back in 1999, psychologist Mark Griffiths asked if we are mistaken in focusing on addiction to an entire platform when we should be looking at addiction to specific content.

US psychologist Dr Kimberly Young, who founded the Centre for Internet Addiction in 1995, identifies three distinct types of internet addiction: excessive gaming, online sexual preoccupation, and e-mailing or texting. This research is from 2009 so we can assume social media and messaging apps now fall into the last category.

Interestingly, the psychiatrist’s “bible”, the Diagnostic and Statistical Manual of Mental Disorders (DSM-5), does not include internet addiction but is considering the possibility of including online gaming addiction.

This makes sense given several documented cases of individuals dying during prolonged gaming sessions, often because of Gamer’s Thrombosis, or a deadly blood clot due to not moving for long stretches.

Simon Parkin has written about such cases in his book Death by Video Game, which recounts a case as far back as the 1980s where a man died while compulsively playing an arcade game in a bar in the state of Illinois.

For this reason, there are several “rehab centres” around the world specialising in addiction to online gaming, while here in Ireland some clinics offer similar treatments as part of their overall services.

In 2012, the Bergen Facebook Addiction Scale (BFAS) was developed to test for problematic use of the platform, defined by frequency of use, impact upon sleep, mood, interpersonal relationships, academic and job performance, and links to traits including neuroticism and extraversion.

It has since been updated as the Bergen Social Media Addiction Scale (BSMAS), which has been used by Hungarian researchers to find that 4.5 per cent of adolescents belong to the “at risk” group when it comes to social media addiction.

While this should not be dismissed, it is certainly far from the double-digit numbers of teens who are casually assumed to be “addicted” to the web, wifi, WhatsApp or whatever.

If we are not all clinically addicted per se, surely we are severely distracted? The delicious ding of a fresh Facebook alert, the blissful buzz of a Twitter mention: the monkey mind is rewarded with a constant flow of disruptive treats.

In his book The Shallows: What the Internet Is Doing to Our Brains, Nicholas Carr says: “The net is designed to be an interruption system, a machine geared to dividing attention. We willingly accept the loss of concentration and focus, the division of our attention and the fragmentation of our thoughts, in return for the wealth of compelling or at least diverting information we receive.”

American psychologist B F Skinner would have been fascinated by our relationship with technology. His experiments with rats and pigeons demonstrated the ease with which compulsive behaviour could be programmed: learning that treats might arrive as a result, these rats and pigeons continually pulled and pecked on levers. This concept is literally used by game designers to keep us playing on. Known as a compulsion loop, this is a series of habitual activities designed to be repeated in order to give the player feelings of pleasure or relief. And long after the activity fails to supply these feelings, we are already wired by habit to keep seeking it out.

This is why Skinner’s rats kept hitting the lever, even when their treats failed to materialise (and in some cases, ignoring fresh food placed nearby). It is why we want to play just one more level of Candy Crush even though it’s 3am, we’re exhausted and the screen glare is giving us headaches. It’s why we ease the phone out of our pocket and check email at the cinema or check Facebook when our family is sitting across from us. The internet is perhaps the most significant compulsion loop in all our lives and wifi is the back-alley dealer.

This distraction is a feature, not a bug, says design thinker Tristan Harris. A former Googler, Harris now runs a non-profit website called Time Well Spent, which aims to educate users of technology on the various ways it “hijacks our minds”. YouTube and Netflix have autoplay to stop us from leaving (“just one more episode!”); Instagram only shows one like at a time so that we have to keep checking for more; the Facebook Newsfeed algorithm throws whatever it can into our timeline to keep us interested and scrolling for more.

“When we wake up in the morning and turn our phone over to see a list of notifications – it frames the experience of ‘waking up in the morning’ around a menu of ‘all the things I’ve missed since yesterday’,” says Harris of the FOMO (Fear Of Missing Out) -inducing apps we use on a daily basis.

Harris points out that advertising-driven tech companies are trapped in a race to get our attention but the answer is not to abandon technology, the answer is to change the technology industry to put our best interests first.

Maybe we don’t need to work ourselves into a moral panic over teens and technology addiction but it behoves us to educate young people: they are not using a free social networking app, they are users of a technology company whose priority is making a profit.

This drive to earn determines how technology is designed, which in turn has a profound impact upon our lives. We are less likely to keep pecking for status updates once we learn that we are mere pigeon meat for the profit machine.