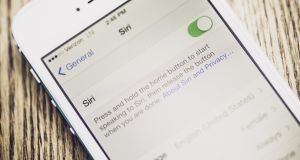 The graders, employed through contracting firms, were sent home, with many told that there was no work for them due to ‘technical errors’

Hundreds of Apple workers across Europe who were employed to check Siri recordings for errors have lost their jobs after the company announced it was “suspending” the programme earlier this month.

More than 300 employees have had their contracts ended in the company’s Cork facility alone, according to former employees, with more sent home from other sites across Europe.

The staff had been on paid leave since August 2nd, the day Apple announced its decision to suspend the programme, referred to as “grading”, “while we conduct a thorough review”.

The decision followed a story in the Guardian which revealed that the workers frequently heard confidential medical information and couples having sex while checking the Siri recordings.

The graders, employed through contracting firms, were sent home that Friday, with many told that there was no work for them due to “technical errors”.

Last week, however, the contracting firms were told by Apple that the grading work would be terminated, leading to the mass job losses with little notice.

Even among those employees who were concerned by the ethics of the programme, there has been anger about how the job losses have proceeded. “I’m relieved this information came out,” said one former contractor who asked to remain anonymous due to a still-active nondisclosure agreement, “although I was involved in the work and I just lost my job. Discussions around ethics in this job was a constant between workers, but we don’t know how to bring it up.”

But, they added, “Apple, recruiting through vendor companies in Ireland, take absolutely no responsibility in the employment of contractors and their treatment in work. They do what they want, and when they’re done with your project or they screw up (like what just happened), they tell your vendor company to let you go, which they do. It’s been coming at them for over a year. How could they not see this coming? Did they think about protecting their employees at all? Or just their reputation?

“We’ve all been laid off after the scandal, with no protection against this. More than 300 at once just in Cork, with no redundancy, just one week’s notice.”

The next software update to iOS, the operating system that runs iPhones, is expected in early October, and was likely to be the first occasion where the company would have been able to implement a promised opt-out to the Siri grading system. The job losses suggest, instead, that Apple is not planning to resume the grading project in the immediate future. Apple did not respond to a request for comment. – Guardian