Company to collaborate on four-year programme to improve software applications 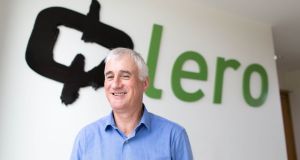 The four-year programme, which is due to commence in early 2020, is aimed at improving the reliability of software applications.

Researchers from University of Limerick, Trinity College Dublin, NUI Galway and Dublin City University will all participate in the new programme.

The investment is the first tranche of a €70 million research and development (R&D) spend recently announced by Huawei for the Republic of Ireland.

A number of leading universities, including Oxford, Stanford and Massachusetts Institute of Technology (MIT), this year suspended projects funded by Huawei and stopped accepting grants from the company amid claims the Chinese government is trying to “buy influence”.

Despite this, Huawei in September announced plans to spend $300 million (€270 million) a year in funding for universities globally.

It is hoped that the alliance with Huawei’s research centres in Ireland and Sweden, will result in a number of research projects on advanced software engineering topics.

“There has been a dramatic increase in both the volume and complexity of the software that needs to be produced globally. This project will help industry generate the best possible software over the four years of the strategic research partnership,” said Lero director Prof Brian Fitzgerald.

Lero is a Science Foundation Ireland-backed centre located at University Limerick which brings together expert software teams from universities and institutes of technology across the State. Its research spans a wide range of application domains from driverless cars to artificial intelligence, cybersecurity, esports, fintech, govtech, smart communities, agtech and healthtech.

Huawei, which has been in the spotlight of late due to claims that its equipment could be used by the Chinese authorities to spy on other countries and/or companies, has previously teamed up with a number of Irish universities and Science Foundation Ireland-backed centres. These include Trinity College, with whom it announced a significant partnership in late 2017.

The world’s largest telecoms equipment maker, which employs close to 200 people across facilities in Dublin, Cork and Athlone, said its planned €70 million investment in Ireland, which was announced in August, will primarily focus on video, cloud computing, artificial intelligence (AI) and site-reliability engineering.