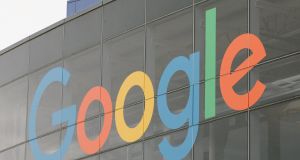 According to the lawsuit, the company collects information, including IP addresses and browsing histories, whenever users visit web pages or use an app tied to common Google services

Google surreptitiously amasses billions of bits of information – every day – about internet users even if they opt out of sharing their information, three consumers alleged in a proposed class action lawsuit.

“Google tracks and collects consumer browsing history and other web activity data no matter what safeguards consumers undertake to protect their data privacy,” according to the complaint filed Tuesday in federal court in San Jose, California.

Even as it scoops up information, the search-engine giant assures users – falsely – that they’re in control of what they share with the company, according to the suit, which includes claims for invasion of privacy and violations of federal wiretapping law.

The case was filed by Boies Schiller Flexner, a high-profile litigation firm that previously defended Uber when the ride-hailing company was accused three years ago by Alphabet’s self-driving unit of stealing trade secrets.

Google didn’t immediately respond to a request for comment.

According to the suit, the company collects information, including IP addresses and browsing histories, whenever users visit web pages or use an app tied to common Google services, such as Google Analytics and Google Ad Manager. This makes “Google ‘one stop shopping’ for any government, private, or criminal actor who wants to undermine individuals’ privacy, security, or freedom,” the consumers allege.

A consumer suit accusing Google of illegally tracking and storing geolocation data with its mobile apps and operating system was thrown out by a California federal judge in December. Arizona’s attorney general filed a similar complaint last month. Google disputed the claim and said it’s looking forward to setting the record straight. – Bloomberg

1 My aunt never told us that Gran passed away with no will
2 Ryanair to slash 1,000 flights from August and September schedules
3 Green Party TD queries ‘usefulness’ of another appeal in €13bn Apple tax case
4 Government to push through €2bn credit guarantee scheme next week
5 The $6bn judgment pitting Nigeria against Irish businessmen
Real news has value SUBSCRIBE