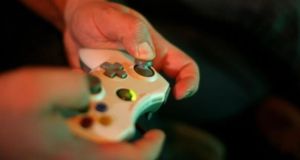 GamerCon may have intended to emulate some of the best games events in the US when organisers first came up the idea to stage it in Dublin, but angry ticket holders have taken to social media to blast the event after being left outside for hours.

Attendees complained of lengthy queues in bad weather to get into the event, as organisers blamed “health and safety” for restrictions on numbers inside the venue.

The event, which promised access to YouTube stars, sneak previews of games and several eSports tournaments, was being held at the Convention Centre Dublin.

According to the event’s official website, up to 20,000 people were expected to attend the event. However, founder Ferdi Roberts said in an official statement that they had underestimated traffic flow for the event.

#gamerconDublin @GamerCon_Europe complete FARCE!! 2 hour Q in rain to be told doors closed by security as too many people inside. JOKERS pic.twitter.com/XO30TkMk7i

GamerCon was an upset. Took about 4 hours until we could play one game.🤔

@GamerCon_Europe Was a big disappointment not even going tomorrow even though I have a ticket on the way home... 😞😥

“GamerCon sincerely apologises for the significant delays that our attendees experienced this morning. As a first time event we underestimated the traffic flow that we forecast for the event and have very strict health and safety related capacities which we must adhere to,” the statement said. “That temporarily impacted our ability to process the queue which resulted in longer than expected wait time for our attendees.”

Some attendees said they left after up to three hours standing outside, while others who made it into the venue said there were lengthy queues for everything from games and meet and greets to food once inside. Tickets for the event cost €25, but eSports tickets and VIP packages were also being offered.

GamerCon organisers later apologised and offered refunds to disappointed games fans, which included children who had hoped to meet the YouTube stars. Terms and conditions for the event included a provision claiming access was not guaranteed if capacities for the venue were in danger of being breached. However, it was not clear when that was inserted into the website, as a cached version of the site from July last year did not contain it.

GamerCon had attracted support from GameStop, which was sponsoring the event, HP, Xbox and PlayStation, among others.

Organisers were pitching the event as a Europe-wide convention, with plans to bring it to London, Berlin and Madrid later in the year.