One in ten young couples row weekly over phone use - survey

Seven out of ten 18 to 24-year-olds check their phones at least once a night, study finds 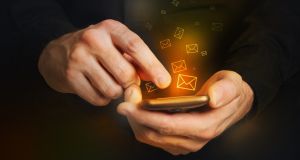 The problem of obsessive phone checking is much worse among younger folk, the study shows, with seven out of 10 18-24-year-olds saying they check their phones at least once a night. File photograph: iStockphoto

The smartphone’s march to complete dominance is continuing apace. That is the overall conclusion of Deloitte’s Mobile Consumer Survey released on Thursday.

But the access we have to all this smart technology may not be entirely without its problems, the survey suggests.

Such rows may be explained by the finding that half of Irish adults are unable to make it through the night without checking their smartphone or tablet at least once. 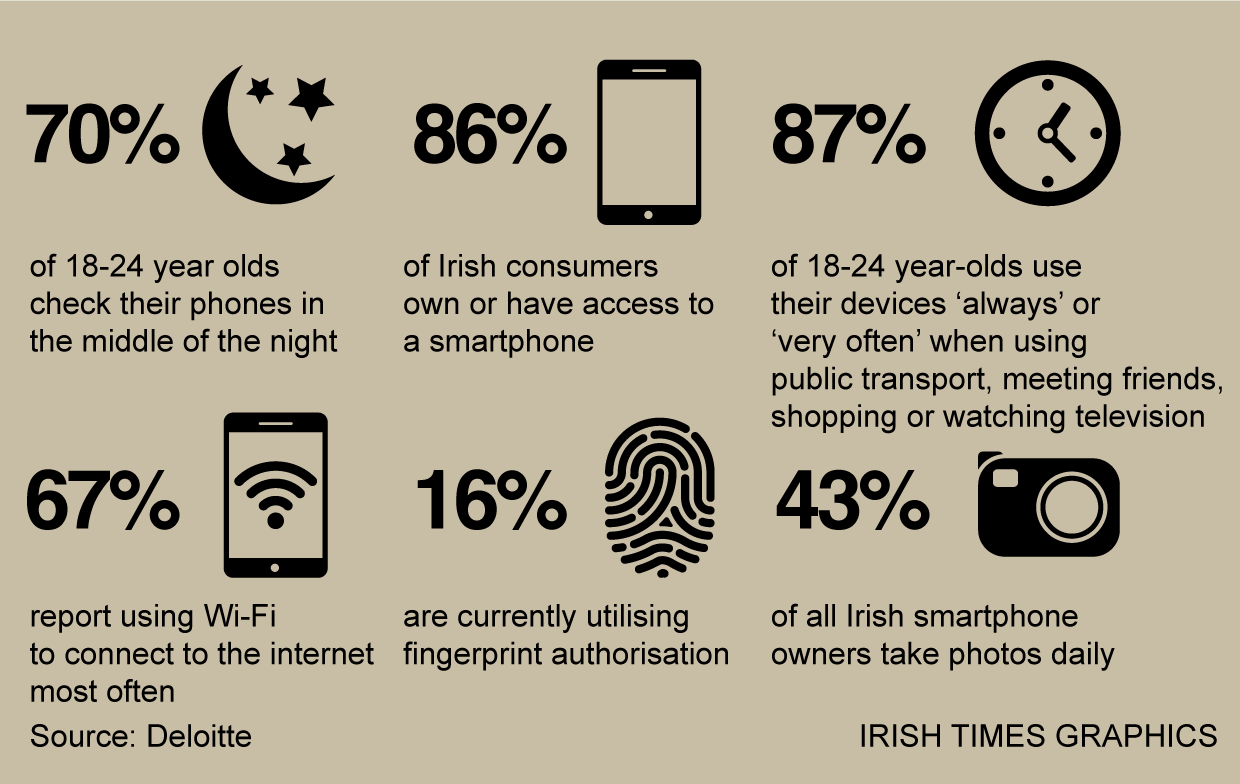 The problem of obsessive phone checking is much worse among younger folk, the study shows, with seven out of 10 18-24-year-olds saying they check their phones at least once a night.

The survey also shows that 13 per cent of smartphone owners instinctively reach for it as soon as soon as they wake up – and not just to turn off the alarm – while more than a third have checked it within five minutes of opening their eyes. The number climbs to 50 per cent once people have been awake for more than 30 minutes.

Mind you, that does mean 50 per cent of Irish phone users do not check their phones even once in the first 30 minutes of their waking day and that seems mad to us.

The first thing the people who do check their phones check are their messages while Facebook, Twitter, Instagram and other social media are in second place with personal emails third.

The ubiquity of the technology is becoming increasingly apparent with 87 per cent of adults up to the age of 24 telling researchers they check their devices “always” or “very often” when on public transport or meeting friends or shopping or watching television. A quarter use their phones when eating at home or out at a restaurant.

“Smartphone penetration is higher in Ireland compared to other countries, including the UK, supporting the notion that Ireland is generally a tech-savvy country and its people have a desire to stay connected,” said Deloitte’s head of technology, media and telecommunications Richard Howard.

“Smartphones usage can impact those who are around you. As with most emerging technologies, consumers will need to learn how best to manage their lives with smartphones, as opposed to having their lives run by their devices.”