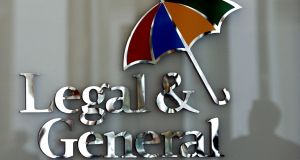 Irish financial services company Finovation has been acquired by Legal & General for an undisclosed sum.

The company, which trades as My Future Now, helps people keep track of their pension pots and consolidate them, using personal data and employment details. The company, which was established in 2014, has its registered office in DogPatch in Dublin’s CHQ, and a UK address in Poole, Dorset.

Finovation and My Future Now currently operates with a small team of about six people, made up of full-time employees and contract staff, with some functions outsourced. Under the deal, the core management team – three people – will move to Legal & General to continue developing the platform and its products. Some functions will be taken over by Legal & General’s team, eliminating the need to outsource.

My Future Now’s clients have included Scottish Widows, Moneyfarm, Nutmeg and others. Although Legal & General was a “target client”, My Future Now founder Alan Browne said, the two firms had not done business together prior to the deal being struck.

Mr Browne will stay on with the company at least for the next couple of years. “We’re still a relatively young company, and we have a roadmap of things we want to deliver,” he said.

Legal & General said the platform would be available to its customers of retirement age who are tracing their pension pots before making a decision about their retirement income.

“Once My Future Now is integrated, it will remove the headache of tracking down old pension plans from past employers, enabling consumers to make retirement decisions using all their available sources of retirement income,” Chris Knight, chief executive of Legal & General Retail Retirement said.

1 How safe is it to go back to the office?
2 Elderly parents living in property you own will save you on capital gains tax
3 More than 40% of help-to-buy recipients already had deposit
4 Construction workers among first PTSB borrowers off payment breaks
5 Most workers now expect choice to work from home part-time
Real news has value SUBSCRIBE