Wall Street grows more positive on the company, with most analysts citing tailwind from growth in digital advertising market 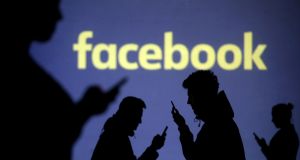 Facebook has completely recovered from a historic sell-off from July 2018, when disappointing quarterly results sparked a one-day drop of about 19%

Facebook shares hit an intraday record on Monday, eclipsing a level that was last reached in mid-2018, as growing optimism over its 2020 prospects were seen as overshadowing risk related to regulation.

Wall Street has been growing more positive on the social-media company for months, with most analysts citing a tailwind from growth in the digital advertising market, as well as the company’s ability to further monetise its massive user base.

Earlier on Monday, Evercore ISI raised its price target on the stock to $280 from $235, touting the company’s moves into e-commerce via its Instagram app.

Consensus forecasts “under-appreciate the revenue and narrative benefits associated with the blurring lines between advertising and e-commerce on Instagram”, wrote analyst Benjamin Black, who named the company one of his best ideas for 2020.

Mizuho Securities also named Facebook a top Internet pick for 2020, expecting the stock to outperform this year “given its significant portfolio of assets, which are yet to be fully monetised”.

The stock rose as much as 1.7 per cent, having climbed more than 25 per cent off a recent low in October. Facebook jumped more than 55 per cent over the course of last year, the stock’s best annual performance since 2013.

The return to record levels means that Facebook has completely recovered from a historic sell-off from July 2018, when disappointing quarterly results sparked a one-day drop of about 19 per cent.

The advance comes as Wall Street increasingly looks past what is seen as a “fraught” regulatory environment, one focused on a variety of issues including user privacy, ad policies and competition.

Mizuho, in its Monday research report, wrote that regulatory concerns were “overstated” and already priced into the stock price.

Wall Street is broadly positive on Facebook. According to data compiled by Bloomberg, 49 firms recommend buying Facebook, while five have a hold rating on the shares. Just three advocate selling the stock.

The average price target is around $238, suggesting upside of more than 7 per cent from current levels.

Facebook’s fourth-quarter results will be released on January 29th. – Bloomberg

1 Opioid executive admits to ‘no morals’ ahead of prison term
2 Farmer seeks to challenge €3.6bn Intel plan in High Court
3 Who are Ireland’s 17 billionaires?
4 Are there annual limits on inheritances or gifts to a child?
5 The Cork butcher’s daughter directing A-list celebrities in Miami
Real news has value SUBSCRIBE