But social network says it blocked 1.2m uploads of video in 24 hours after the attack 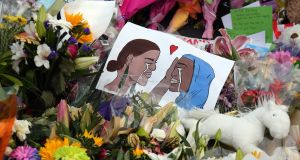 Facebook said fewer than 200 people viewed the livestream of the Christchurch terror attack, with a total of 4,000 users watching the video before the social network removed it.

When the Christchurch terror attack was live streamed on Facebook last week, no one reported it.

The social network said it took 29 minutes for the first report to come in, a full 12 minutes after the video stream had ended. Fewer than 200 people viewed the livestream, Facebook said, with a total of 4,000 users watching the video before the social network removed it.

However, the footage resurfaced. In the first 24 hours after the attack, Facebook said it removed 1.5 million videos of the attack, blocking the bulk of them – 1.2 million – at the upload stage. A link to a copy of the video was posted by a user on 8chan before Facebook was made aware of the original video, the company said.

Fifty people died in the shootings at two mosques in Christchurch after a lone attacker opened fire during Friday prayers. Thirty people remain in hospital after being injured in the attacks, nine of them in a critical condition.

In a blog post on Tuesday, Chris Sonderby, vice president and deputy general counsel at Facebook, outlined the company’s response to the incident. “We removed the original Facebook Live video and hashed it so that other shares that are visually similar to that video are then detected and automatically removed from Facebook and Instagram, ” he said.

“Some variants such as screen recordings were more difficult to detect, so we expanded to additional detection systems including the use of audio technology.”

Mr Sonderby said Facebook was “working around the clock” to block the video from its site, and has designated the shootings as terror attacks, meaning that any praise, support and representation of the events violates Facebook’s community standards.

New Zealand Prime Minister Jacinda Ardern has called on social media companies to take responsibility for ensuring that such content cannot be distributed or viewed on their platforms, saying they are “the publisher, not just the postman”.

“There is no question that ideas and language of division and hate have existed for decades, but their form of distribution, the tools of organisation, they are new. We cannot simply sit back and accept that these platforms just exist and that what is said on them is not the responsibility of the place where they are published,” she said. “They are the publisher, not just the postman. There cannot be a case of all profit, no responsibility.” – Additional reporting: PA