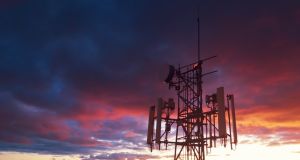 Magnet Networks has been bought by the Irish Infrastructure Fund’s Speed Fibre Group.

Magnet has been bought by IIF’s Speed Fibre Group, which will add it to its other telecoms units, such as eNet and AirSpeed Telecom. Magnet provides broadband to about 32 different housing developments, while it also controls about 40 unbundled Eir exchanges and provides corporate telecoms services to major IT clients in Ireland and abroad. The group is heavily loss-making, however, with accumulated losses of €126 million on its balance sheet.

Mr Delves joins Magnet from taxi app iCabbi, where he was chief commercial officer. Prior to that he worked for a decade for Denis O’Brien’s Caribbean telco Digicel, in a variety of regional and group senior executive roles.

He is a brother of the late Colm Delves, a former group chief executive of Digicel who died in April.

Upon his appointment to Magnet, he signalled that the company would focus on providing corporate telecoms services in Ireland.

“We are in a position to change the way that business broadband is sold in this country,” he said.