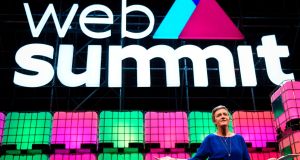 Margrethe Vestager has announced she is taking another look at Apple’s tax affairs after hitting out at technology companies for undermining democracy and allowing “fear” and “greed” to drive anti-competitive behaviour.

Speaking at the Web Summit in Lisbon, the European competition commissioner said she had raised questions about Apple’s tax structure before new details were revealed about its affairs in the Paradise Papers leak.

“I have been asking for an update on the arrangement made by Apple, the recent way they have been organised, in order to get the feeling whether or not this is in accordance with our European rules,” she said.

Ms Vestager ruled in summer 2016 that Ireland had granted Apple a sweetheart tax deal that was illegal under Europe’s rules to limit state-aid, and ordered Dublin to collect €13 billion in back taxes. The company and Ireland deny the charges and have appealed against the decision.

Beyond tax cases, Brussels has also fined Google for allegedly abusing its dominance in search, Facebook for providing misleading information in its acquisition of messaging service WhatsApp and Amazon over its ebooks practices.

Speaking at the Web Summit technology conference in Lisbon, Ms Vestager said that Europe was “different” from the US in recognising the limitations of free markets.

“We want free markets but we understand the paradox of free markets which is that sometimes we have to intervene. We have to believe that it’s not the law of the jungle but the law of democracy that works,” she said. “I never feel more European than when I am in the States. Because we are different.” – Copyright The Financial Times Limited 2017