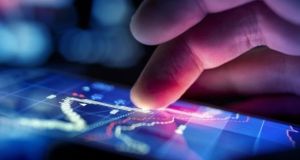 Just 44 per cent of businesses believe they will be compliant with the new regulations, due to come into force on September 14th. Photograph: iStock

Europe’s online economy is at risk of losing €57 billion in 12 months as companies fail to prepare adequately for new, more stringent online payment authentication rules, a new study has claimed.

Just 44 per cent of businesses believe they will be compliant with the new regulations, due to come into force on September 14th.

Strong Consumer Authentication (SCA) will require additional authentication for many online payments to reduce the level of fraudulent transactions, using, for example, 3D Secure systems such as Verified by Visa or Mastercard Identity Check.

The research, which was conducted by payments company Stripe and 451 Research, said the new rules, would have a larger impact on small businesses, with three in five companies with fewer than 100 employees ready for its introduction. Some said they were unaware of the new rules.

In contrast, larger companies – those with more than 5,000 employees – have a much higher awareness rate, with only one in 25 unaware of the new rules.

Online retailers are at a higher risk of consumers abandoning their shopping carts if the checkout experience is bad. Currently, fewer than half of European consumers feel today’s online checkout process is “very easy”, and the new rules are likely to make this worse. Almost three-quarters of shoppers said they were unaware of the new regulations.

“SCA is unequivocally the single most disruptive event to impact European digital commerce, and many businesses – especially smaller ones – have yet to fully grasp its extensive impact,” said Jordan McKee, an analyst at 451 Research said. “Our study indicates low levels of preparedness and, most troublingly, a lack of appreciation for how SCA will transform how European consumers will buy online.”

There will be some exemptions to the new rules – for example, covering recurring payments and low value transactions. However, the exemptions are considered complex to administer, particularly for smaller businesses.

“SCA will make or break internet businesses. The urgency to get ready for it cannot be overstated,” said Guillaume Princen, head of continental Europe at Stripe. “We’re building infrastructure to insulate internet businesses from this kind of regulatory complexity. Our ambition is to accelerate online commerce and empower innovators to easily experiment with new internet business models.”

Some 500 qualified payment professionals at online businesses were consulted for the research, along with and 1,000 consumers in Britain, France, Germany, the Netherlands and Spain.

1 Coronavirus spreads to sandwich king
2 Ufurnish: ‘It’s like Skyscanner, but for furniture’
3 The Irish Times Company of the Year: the three finalists
4 Virgin Media vows to withhold sports channels until Eir ‘pays its bill’
5 McGann stepping down at troubled Aryzta
Real news has value SUBSCRIBE