New legislation likely to include transparency rules regarding political advertising 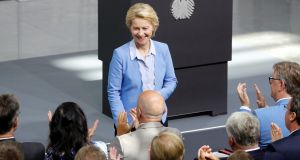 Brussels is drawing up legislation that will force tech giants to remove illegal content or face the threat of sanctions under a comprehensive “digital services Act” due to be unveiled at the end of next year.

The incoming European Commission has started work on a new rule book designed to overhaul how the EU treats tech companies and equip Brussels with sweeping legal powers to regulate hate speech, other illegal content and political advertising for the first time, according to officials.

The legislation will be the first of its kind globally to oversee content on digital platforms at scale, along with the UK’s Online Harms white paper, which is currently being drafted. The EU has so far relied on platforms such as Facebook, Twitter and YouTube taking part in voluntary self-regulation for illegal material in everything except terrorist content.

The new laws will mean social media giants will be subject to mandatory “notice and take down” orders forcing them to remove illegal content, including certain types of racism and xenophobia, from their sites or face fines.

The planned legislation comes in response to a wave of controversies in recent years including the Cambridge Analytica data breach, disinformation around elections in Europe and footage of terrorist attacks being shared on the platforms.

EU policymakers have struggled to keep up with the fast-changing risks thrown up by online platforms, while big member states such as Germany, France and the UK have forged ahead with national legislation to target hate speech and illegal content.

The planned Act will tear up the EU’s 20-year-old ecommerce directive, which has dictated how services are treated in the EU’s single market but provides few rules tailored for the tech sector.

Brussels officials said the Act would allow EU policymakers to write up specific rules to target all parts of the tech sector, including internet service providers, search giants such as Google, cloud services and social media platforms such as Facebook. The legislation is likely to contain new transparency rules on political advertising and force big tech platforms to subject their algorithms to regulatory scrutiny.

“We need to have legal certainty so all operators know the rules of the game,” said a senior EU official involved in drawing up the legislation, which is planned for the end of 2020.

Although the drafting is at an early stage, the commission is exploring options to set up a centralised EU tech regulator with the power to enforce the legislation. Under the existing legal framework, member states are responsible for the activities of platforms in their countries.

Legal experts believe this is an unprecedentedly bold move. “I could see a [centralised EU regulator] causing a lot of waves . . . it is a substantial incursion, if not legally then morally, into individual country sovereignty,” said Lilian Edwards, law professor at Newcastle University and an expert in internet regulation.

A key part of the new legislation will concern how liable tech companies are for the content hosted on their sites. One senior official said the new Act would provide “clarified rules for platform liability”, giving tech companies incentives to be more proactive in removing illegal material while maintaining a key existing legal protection known as Safe Harbour, which exempts online companies from direct legal responsibility for user-uploaded material.

“We will never get rid of Safe Harbour,” said the official, noting that removing the protection would undermine fundamental rights such as freedom of expression.

In comparison, the UK’s Online Harms paper is much more aggressive, imposing a duty of care on tech platforms that would result in proactive removal of content to avoid legal repercussions. “What the UK is suggesting incentivises towards prior filtering, which some people have complained is an unprecedented incursion into freedom of speech,” Ms Edwards said. “It’s good to see the EU is not trying to dismantle Safe Harbour completely.”

The legislation is likely to supercharge a debate about internet freedom and censorship sparked by the EU’s updated copyright rules, which were approved after fierce debate earlier this year.

Ursula von der Leyen, the incoming president of the commission, who takes office in November, last week promised the new Act would “upgrade our liability and safety rules for digital platforms, services and products, and complete our digital single market”.

Commission officials have already contacted the tech sector about their plans and will carry out an assessment of the shortcomings of existing rules over the summer.

HOW THE ACT IS LIKELY TO AFFECT REGULATION OF CONTENT

Current situation
Regulator: Member states are responsible for the regulation of content in their individual geographies.

Illegal content, such as child pornography, incitement to violence: Platforms take part in voluntary self-regulation where flagged material is assessed and removed in line with an EU code of conduct.

Hate speech: Illegal under German hate speech law “NetzDG” but not elsewhere inside the EU, where platforms are subject to voluntary rules.

Copyrighted material: Platforms take out licences with rights holders under the EU’s updated copyright directive and carry out best endeavours to ensure no illegal material on their sites

Illegal content, such as child pornography, incitement to violence: New act will probably impose mandatory removals for platforms when they are given notice and take-down orders from authorities.

Hate speech: Act aims to provide common treatment across the EU but it is unclear if all hate speech will be deemed illegal.

Copyrighted material: None – situation carries on under existing copyright rules.