Google focuses on ‘human side’ of AI 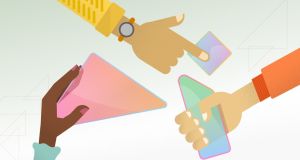 Google, alongside Facebook, Microsoft, Amazon and IBM, has been part of the Partnership on AI since 2016.

Google, alongside Facebook, Microsoft, Amazon and IBM, has been part of the Partnership on AI since 2016. This industry alliance was formed to address societal and ethical concerns around developments in artificial intelligence technologies and related concerns such as data privacy.

In addition to this, Google has just announced its own internal group known as PAIR or the People + AI Research initiative. The goal, say Martin Wattenberg and Fernanda Viégas, both senior staff research scientists with the Google Brain Team, is “to study and redesign the ways people interact with AI systems”.

By using a “humanistic approach” and releasing open-source tools for researchers and other experts to use, the goal is to democratise the technologies behind AI. One of the first projects to emerge from PAIR is Facets, a machine-learning aide providing visualisations to help users better understand and analyse datasets they are working with.