Student loan lender employs about 80 people, the majority of which are in Ireland 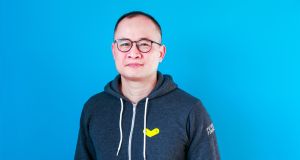 Alex King of Future Finance: “We are well equipped to address the unmet financing needs of deserving UK university students.”

The deal with alternative asset management firm, Waterfall Asset Management, which includes an option to participate in a further £150 million (€171 million) extension, will enable the company to grow its student lending business further.

Future Finance, which has already funded close to £70 million (€80 million) in loans to students, was established by entrepreneur Brian Norton, who relocated from Chicago to Ireland in 2013 to set up the business.

The company typically provides flexible loans to undergraduates and postgraduates of between £2,000 (€2,300) and £40,000 (€46,000) each academic year to help them pay for tuition costs and living expenses. Its primary focus is on the UK market.

To date, the company has raised over €90 million in equity and £150 million in debt. In March, the company secured €40 million in a Series C round with existing investors to fund loans and hire more people in Dublin, London and Chicago.

Future Finance, which is partnered with the European Investment Fund and more than 60 universities across Europe, employs about 80 people, the majority of which are in Ireland.

Speaking to The Irish Times, Mr King said the new forward flow agreement is an important piece of the puzzle for Future Finance’s continued growth. “Combined with our recent €40 million equity raise, we are well equipped to address the unmet financing needs of deserving UK university students,” he said.

“The demand is there. We just needed to get the financials tied down before we could proceed,” he said.

Mr King said there is a multimillion funding gap in the UK system with students often having been forced to turn to credit cards, payday loans and other stopgap measures to fund their education prior to its arrival on the scene.

He added that having established good relationships with students, the company was interested in offering them other financial products. It is also eyeing other markets although its primary focus will remain Britain for the foreseeable future.

“If things pan out the way we hope they do then in a few years we will have a full suite of products for customers in multiple jurisdictions,” Mr King said.

New York-based Waterfall has $7.2 billion (€6.1 billion) in assets under management. Earlier this month, the company emerged as one of the backers in a $120 million (€103 million) asset backed credit facility for digital lender Fundation. Last year it also committed £100 million (€114 million) in lending through the UK peer-to-peer platform Lendable.

1 Bank leaked my loan request to family who tried to rip me off
2 Ryanair and Aer Lingus monitor impact of coronavirus on travel to Italy
3 Mastercard to create 1,200 new jobs by expanding base in Dublin
4 Boris Johnson's new immigration regime will damage much more than industry
5 A maverick taking on the Irish whiskey establishment
Real news has value SUBSCRIBE