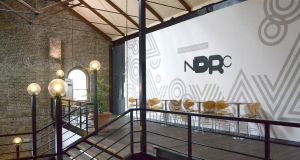 The winner of a contract to run Dublin start-up accelerator NDRC is due to be announced by the end of the month, with three parties believed to be in the running to land the concession, including Dogpatch Labs, Sean O’Sullivan’s SOSV and the incumbent.

NDRC, which is based in the Digital Hub in the Liberties, was established in 2007 as the National Digital Research Centre by a group of Irish third-level institutions. Over the past decade it has invested in more than 280 start-ups, with alumni including highly respected companies such as Boxever, Nuritas and SilverCloud Health.

However, the private entity that currently holds the concession has also come in for criticism on a number of grounds, including the salaries paid to staff, with chief executive Ben Hurley receiving €254,000 in remuneration in 2018 and what it called a “one-off” payment of nearly €90,000. This compares with €178,000 paid to the heads of IDA Ireland and Enterprise Ireland that same year.

In addition to the incumbent, which has run NDRC since it was founded, Dogpatch Labs, which is based in the CHQ building in Dublin’s docklands; and SOSV, the venture capital firm founded by Sean O’Sullivan, are also believed to have been shortlisted.

Dogpatch is home to about 500 people working for more than 100 companies, including highly regarded tech start-ups such as Assure Hedge, Cainthus and Wia.

The hub is also home to the Alltech agtech accelerator, which was established by the late Pearse Lyons.

SOSV, which was originally founded in Cork as a personal investment fund for Mr O’Sullivan, recently raised $277 million in an oversubscribed fourth fund, with the proceeds used to invest in about 150 new start-ups a year through its various accelerator programmes, which cover areas such as hardware, software biology, food, robotics, medical devices, transportation and green energy.

The venture capital initiative, which is ranked as one of the largest and most prolific accelerator investors in the world, previously ran the RebelBio life sciences accelerator programme from Cork. Among the companies to emerge from that were Perfect Day, which is developing a product that uses bioengineered yeast to produce real milk protein. The start-up has raised $360 million to date.

The NDRC provides training, mentorship and investment to early-stage companies, primarily through its accelerator programmes, which include Launchpad. It has received State funding of €43 million in subventions since it was established. It announced total income of €5.96 million in 2018, up from €4.72 million a year earlier even as the amount it received from the exchequer fell from €4.7 million to €3.9 million. NDRC has not published its 2019 annual report yet.

A report produced by consultancy Indecon estimates the NDRC has provided an economic benefit of €73.5 million, against a cost of €55.2 million to date.

All the parties believed to be in the running for the five-year concession declined to comment on the process due to being bound by non-disclosure agreements.