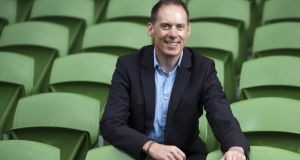 Irish IT distributor Data Solutions has said revenues rose by 34 per cent or €13.6 million last year to €40 million, with the company adding it remains on track to double turnover by 2021.

The company attributed the jump in revenues to its expansion into the UK in early 2016. Its UK business now accounts for 30 per cent of turnover and this is expected to rise to 50 per cent within three years.

Group managing director Michael O’Hara said the company is developing an expansion fund for continued growth with a large part of the funding to be used for potential acquisitions.

“2017 was DataSolutions’ best year yet and it’s extremely positive to see our business continue to grow as we work towards our goal of doubling revenues to €80 million in the next three years,” said Mr O’Hara.

After almost three decades of growth in Ireland, it’s been a novel, exciting but also a challenging experience growing from a start-up position in the UK to build our brand there. Establishing a foothold in the UK opens huge possibilities for us and doing so in advance of Brexit is something that we feel is a smart step in future-proofing the business from whatever the final outcome may be,” he said.

The company hosts its sixth annual secure computing forum in the Aviva Stadium in Dublin on Thursday, 20th September.

1 Michael Smurfit: ‘I asked Trump to invite me to the White House for my 80th birthday’
2 ‘I’m so lucky to be in the Caribbean – a million miles from Derry Girls’
3 Tax and the Pandemic Unemployment Payment: Your questions answered
4 Small businesses are cannon fodder in zealous anti-virus experiment
5 Household savings soar as consumers stop spending
Real news has value SUBSCRIBE