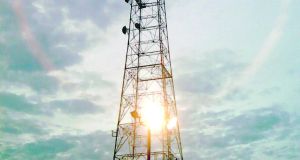 The communications regulator has confirmed it is paying rebates to mobile operators who successfully bid for space on the State’s radio spectrum nearly two years ago as they can’t fully access it to roll out new services, including 5G.

Successful bidders of ComReg’s 3.6 GHz licence award auction in May 2017 are becoming increasingly frustrated at the fact that they are unable to proceed with their network plans because an existing operator, who was using the spectrum prior to the auction, has yet to fully vacate from it.

Some industry sources have suggested that at least one bidder is considering taking legal action if progress isn’t made to resolve the issue shortly.

ComReg did not disclose how many of the five operators who collectively agreed to pay €78 million to access the spectrum two years ago are receiving a rebate. It also refused to reveal how much has been paid out to date.

Individual operators contacted by The Irish Times also declined to comment on the issue.

Prior to the auction, the 3.6Ghz band had been used primarily by wireless mobile operators to provide services to 21,665 customers mainly in rural areas.

ComReg opted to re-auction the spectrum, however, to facilitate more capacity for operators so that they could use it for new services. This includes 5G, which promises faster mobile speeds than existing mobile technology networks, as well as increased security and reliability.

Five mobile operators – Vodafone, Three Ireland, Meteor, Imagine and UK entrant Airspan – agreed to pay a combined €78 million for 15-year licences at the auction with €60.5 million of that being paid upfront.

Winning bidders agreed to a transition agreement allowing existing operators to continue to use the spectrum until the auction winners were ready to roll out their services.

However, while all agreed to the transition agreement, thousands of customers who relied on the spectrum to receive broadband services are still on it. This has led to frustration among the winning bidders.

Vodafone, which last month confirmed it intends to introduce the Republic’s first commercial 5G network later this year, paid out the highest sum at the auction, shelling out nearly €23 million for 85MHz in four rural regions and 105 MHz in cities.

As the highest bidder and the operator most eager to introduce 5G, Vodafone is believed to be most affected by the delay in removing customers from the spectrum.

While the company declined to comment on the subject, Liam O’Brien, the company’s director of strategy and external affairs, told the Dáil communications committee last June that the fact that another operator was still on the spectrum meant that “money that was paid to ComReg to purchase the spectrum is now being effectively drip-fed back to some operators”.

“It has been a very lengthy process. It has probably been longer than those who are trying to get access to the spectrum to provide services would have anticipated,” Mr O’Brien told the committee.

ComReg said the transition arrangements for the spectrum award were designed so that customers could continue to receive services while the new operators were planning their network rollout.

“It has taken some operators longer than we had originally intended to finalise their plans, and existing uses have continued in the meantime in some areas. However a substantial amount of the 3.6GHz spectrum is available for use by new operators,” a spokesman said.

“When the new operators inform us of their plans for each area, we arrange for the spectrum to be cleared in good time to enable them to roll out their networks,” he added.