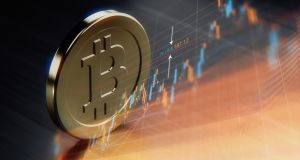 Coinbase established an operation in Dublin in 2018, largely as a hedge against Brexit

The company, which announced plans to expand its operations locally late last year after securing an e-money licence from the Central Bank, said Coinbase Custody International will securely hold bitcoin and other crypto assets on behalf of institutional investors.

Coinbase Custody has grown to more than $7 billion (€6.36 billion) in assets stored on behalf of over 120 clients in 14 different countries since it launched in 2017. More than $1 billion of assets currently held are from European clients.

The platform is only available to institutional investors with a minimum of $10 million in deposits.

Coinbase Custody has served European-based clients in the UK, Switzerland, Germany, Finland, the Netherlands since 2018, but it said having a dedicated presence in Europe via Dublin would allow it to provide localised service level agreements and to fully comply with local laws.

Founded in San Francisco in 2012, Coinbase allows users to buy and sell cryptocurrencies such as bitcoin, etherum and litecoin. The company has more than 30 million users, while over $150 billion has been traded on its platform.

Having established its European headquarters in London less than three years ago, it also set up an operation in Dublin in 2018, largely as a hedge against Brexit.

One of the most popular cryptocurrency exchanges globally, Coinbase was last year valued at $8 billion after a $300 million Series E round in October 2018. Overall it has raised more than $525 million in funding, with backers including heavyweight tech-focused venture capital firms such as Greylock Partners, Battery Ventures, Andreessen Horowitz and Ribbit Capital.

1 Economies can be restarted if bold and imaginative choices are made
2 Huawei asks Samsung and SK Hynix for chip supplies in face of US isolation
3 Pricewatch: Coronavirus has given us four categories of shopper
4 Lucy Kellaway: We will miss the office if it dies
5 Denis O’Brien forced to lift hood on Digicel in debt restructuring
Real news has value SUBSCRIBE