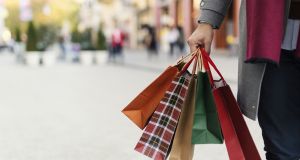 Panic purchasing: the Christmas countdown is on.

Left it until the last minute? Here are some last minute gift ideas, plus where you can find them today.

If you haven’t jumped into the whole smart speaker thing just yet, the Google Home Mini might be worth a try. The mini version of Google’s smart speaker is subtle but powerful, and it’s currently on offer at Curry’s PC World for €35. It links in with plenty of smart home devices so you can control them by voice, and it also functions as personal assistant, taking your reminders, notes and setting alarms for you. Plus the system links in with Spotify, YouTube Music and Google Play Music accounts, so you can stream your favourite tracks.

Lenovo’s Tab 4 isn’t exactly budget in the tablet stakes, but it’s affordable. The 10 inch version comes with 16GB of space to store apps and media, although it’s expandable with a memory card, and is powered by a quad core 1.4 GHz chip. The sweetener? You get Lenovo’s Home Assist speaker thrown in too. It’s powered by Amazon’s Alexa assistant, so as smart speakers go, it’s pretty smart.

Where to buy: Harvey Norman stores, although it’s out of stock in Swords and Tallaght.

Presents don’t have to be physical. This year’s Dublin Comic Con is set for March 9th and 10th in the Convention Centre, and tickets are now on sale. The event has announced some of its early lineup, including Pom Kentieff who played Mantis in Guardians of the Galaxy and Marvel’s Avengers Infinity Wars; James Marsters, who played Spike in Buffy the Vampire Slayer, Angel and Supernatural, the original Green Power Ranger Jason David Frank, and Jonathan Frakes, aka Star Trek’s Riker. If meet and greets aren’t important though, there are plenty of other things to see, including interactive sets, retro and console gaming, the trader’s hall and plenty of workshops.

Remember when the Nintendo Switch was impossible to lay your hands on? The console, which can be used as a home console with a TV or a handheld with its own screen, was a tough ask - although not completely impossible - in the Christmases since its launch. This year, it’s not as tough. There’s a Super Smash Bros bundle that includes Nintendo’s console plus the game that is generally available.

Where to buy: Smyths, available everywhere except Maylor St in Cork, Childers Road in Limerick, and Fonthill Road in Dublin.

If you are in the lookout for a games console, the Xbox One S 1TB console is not too expensive. It’s not the super high powered Xbox One X, which offers true 4K gaming, but if that doesn’t really interest you, the price difference between the two consoles will be reason enough to opt for the cheaper S. the bundle offer includes Forza Horizon 4 and the choice of a second game.

Where to buy: Smyths

If you are on the hunt for a powerful Android tablet, the Samsung Galaxy Tab S4 is a good bet. The display on the Tab S4 measures 10.5 inches, and the whole package weighs in at 482g. It has its own stylus, which reacts to pressure, and it’s included in the box rather than an extra. The 64GB included is more than enough for the average user, unless you are loading it up with HD video files for a journey. And battery wise, you officially get 16 hours, which will get you through a transatlantic flight.

Where to buy:  Harvey Norman - everywhere except Drogheda and Blanchardstown

Fitbit’s newest activity tracker is lighter and slimmer than the last version but with just as many features. It automatically recognises your exercise - if you go for a run, there’s no need to tell the device to start tracking - and will keep an eye on your heart rate too. That’s handy if you want to train using heart rate zones, or calm things down with a bit of meditation. It will link up to your smartphone too for notifications, and it’s water resistant to 50 metres.

Where to buy: Curry’s PC World in Dublin, Waterford, Galway.

Noise cancelling headphones are possibly one of humanity’s best inventions. Ok, that might be a slight exaggeration, but if you travel frequently, or work in noisy open plan offices, you’ll know where I’m coming from. In terms of sound quality, it’s hard to beat Bose, and the Quiet Comfort 35 II have great noise cancelling to boot. They’re light and comfortable to wear, plus they’re wireless.

Where to buy: Harvey Norman

The concept of the Leapstart is simple: it’s an interactive system that will help teach your child basic skills for reading, writing, maths and problem solving. You can buy extra books at different levels of ability, so the system grows with your child’s progression. And it won’t break the bank either. One caveat: you need access to a computer or laptop on which you can install the accompanying software to hook up the Leapstart and transfer the necessary files for each new book you buy.

Where to buy: Smyths. Stock is low on this one. If you’re in Dublin, you’re out of luck. Drogheda, Dundalk, Athlone have a handful, as do Sligo, Childers Road, Ennis Road, Claremorris and Tralee.

Instant cameras: we thought you were dead and gone. But a concerted effort has been made to resurrect them from the tech graveyard and now there’s a whole new market to fight for. The latest to hit that market is the Fujifilm Instax Square SQ20, a hybrid camera that offers the ability not only to see your shots before you print them, but also to take and print from short videos too.

Where to buy: Conn’s Cameras, Dublin

It may be all about the iPad Pro at the moment, but don’t discount the regular iPad. The sixth generation of Apple’s tablet has Plenty going for it, including the ability to work with the Apple Pencil. That’s handy if you want to use it for taking notes or more creative pursuits. The cheaper 32GB wifi only version is limited in stock depending on the colour you’re after, but there is also the the 128GB capacity, which costs €459.

Where to buy: CompuB Cork, Dublin, Galway and Limerick, or Harvey Norman for the 128GB version.

1 Coronavirus: Property rental in the jaws of the epidemic
2 Britain's supermarkets wrestle with coronavirus demand conundrum
3 French luxury groups U-turn on state support for jobs
4 I want to change my will quickly in case I fall ill. Do I need a lawyer?
5 Business activity in Dublin grinds to a seven-year low due to Covid-19 impact
Real news has value SUBSCRIBE