Cartrawler set to fall under control of UK firm TowerBrook

Deal could see up to €100m injected into Dublin business 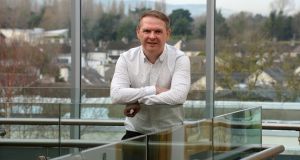 CarTrawler is on track to fall under the control of UK private equity firm TowerBrook in a deal that could see up to €100 million being injected into the Dublin-based travel software group to underpin the business as it deals with financial impact of the coronavirus crisis.

Sources have confirmed that TowerBrook is close to agreeing to take over the business, which was set up by brothers Greg and Niall Turley in 2004, in a transaction that will see the exit of its current private equity owners BC Partners and Insight Venture Partners.

Sky News first reported on Wednesday that TowerBrook, best known as a one-time owner of upmarket footwear brand Jimmy Choo, was in advanced talks to take over CarTrawler. The Irish company’s creditors are key to a deal getting over the line.

Spokesmen for CarTrawler and TowerBrook declined to comment, while BC Partners did not respond to a request for comment.

CarTrawler, which makes software used by airlines and travel agents to connect to car-hire firms, was thrown into emergency debt restructuring talks as its business was hit by the grounding of airline fleets internationally as governments deal with the Covid-19 pandemic.

The company said last month that it was “reviewing its strategic options” as it was experiencing “material trading impacts as a result of the Covid-19 crisis”.

CarTrawler has about 100 airlines and 2,500 online travel brand partners on its books. It provides services for a quarter of the top 100 airlines globally, with clients including Alaska Airlines, Jetstar, Swiss, KLM and Emirates.

The company, which has over 425 employees, mainly based in Dundrum in Dublin 14, grew out of a Turley family business, Argus Car Hire.

The Turley brothers made about €80 million in 2011 when they sold a controlling 75 per cent stake in the business to UK mid-market private equity firm ECI Partners.

They made more than €110 million three years later when they sold their final stake under a deal that saw ECI sell out to BC Partners of London and Insight Venture Partners of New York for about €450 million.

Bloomberg reported earlier this week that CarTrawler’s creditors had rejected a proposal from BC Partners which would have allowed the private-equity firm to keep control despite the creditors taking losses.

The company is registered as ETrawler Unlimited Company but is ultimately controlled by a series of holding companies based in the Isle of Man. BC Partners and Insight were said in 2014 to have used €150 million of debt financing to complete the deal.

Cormac Barry, former head of Flutter Entertainment’s Sportsbet operation in Australia, became the group’s chief executive in 2018. It had been surrounded by perennial takeover and initial public offering (IPO) speculation in recent years, with BC Partners and Insight reportedly seeking a price of £600 million (€686 million) for the business in 2017.

CarTrawler recorded profits of €6.6 million on revenues of €164 million for the nine months to the end of September 2018, versus €19.9 million and €201 million respectively for the full year in 2017, according to its latest set of results.