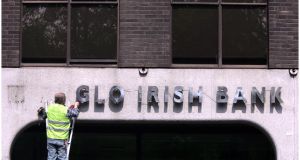 Seamus Murphy became a maverick figure in Dublin’s stockbroking community in 2006 when he turned against Anglo Irish Bank and the Irish banks, advising investors to bet against them. Photograph: Bryan O’Brien

A financial analyst who gained prominence for betting against Anglo Irish Bank months before its peak has warned that the State faces an economic depression if the coronavirus lockdown is not lifted.

Seamus Murphy of Dublin-based research consultancy Carraighill said the 2008 financial crisis was “a breeze” compared with what the Irish and European economies face in this pandemic.

He warned that politicians, largely applauded for their quick actions on public health grounds, will face “the most difficult period to come” as they face tough political choices on relaxing Covid-19 restrictions and the timing of lockdowns being lifted as the virus remains at large.

He predicts many European banks will be unable to cover bad loans arising from shutdowns, and that several will be “socialised” – or nationalised – and become “instruments of the State”.

The consultant, who advises international hedge funds, has warned about the risks of soaring youth joblessness and a class of “zombie unemployed” – people paid by the State not to work.

He cautions about the risk of social and political crises across Europe as governments face a backlash, notably from young people, over the lockdowns.

Countries have already recorded “depression-era” figures in the economic slowdowns, he said.

“We don’t want a depression, but is it already too late to some extent? The longer we stay locked down, the higher the probability that that occurs. That is the political choice that will have to be made,” said Mr Murphy.

Mr Murphy said young people would be most affected by shuttered businesses that rely heavily on discretionary spending such as retail, hospitality and tourism.

He warned recovery will be as slow because these businesses will not bounce back immediately due to public fears of infection.

The Dún Laoghaire-based analyst estimates that in the worst-case scenario of a year-long lockdown and slow recovery youth unemployment in Ireland could rise to more than 50 per cent and higher in other countries where the young rely heavily on tourism such as Spain and Italy.

“If it is a longer lockdown and youth unemployment goes to 52 per cent, if we have half the young people between 15 and 24 unemployed, that is not a pleasant scenario.”

David Higgins, a research analyst with Carraighill, said that young people could blame government for the loss of their jobs if it is later discovered that countries such as Sweden fared better through the pandemic by not going into a severe lockdown.

“Then people will say for Ireland’s lockdown: ‘well, you shouldn’t have done that. I am unemployed now, and that is the fault of the government.’ You could have a weakening of trust between citizens and the State.”

Mr Murphy became a maverick figure in Dublin’s stockbroking community in 2006 when he turned suddenly against Anglo and the Irish banks, and advised investors to bet against them.

Hedge funds and other companies sought him out over the against-the-crowd position he took against Anglo several months before its stock market value peaked at more than €13 billion.

He was ostracised by Anglo executives for his position but he ultimately vindicated. He later set up Carraighill, his own consultancy based in Dún Laoghaire.

Mr Murphy said the current economic crisis stemming from the global coronavirus pandemic has had no modern-day equivalent.

“We have never been here before. 2008 was a breeze in terms of what is coming. This is something completely different.