Auction of £500,000 in cryptocurrencies to take place 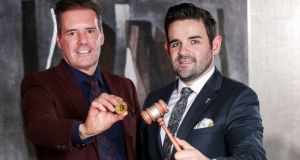 The auction is being managed by Wilsons Auctions, who will sell off the digital currency with no reserve next week.

British authorities are set to auction off £500,000 (€565,000) of cryptocurrencies seized from a criminal in two separate sales.

The cryptocurrency, which includes bitcoin, ethereum and ripple among others, was seized from a 19-year-old man found guilty of illegally supplying online personal data and hacking services, charging thousands of pounds for the services.

Last month, Elliot Gunton of Mounteney Close, Norwich, was sentenced to 20 months in prison and ordered to repay more than £400,000.

The sale is being held on behalf of the Eastern Region Special Operations Unit, the first instruction of its kind by a UK police force. The special operations unit tackles serious organised crime and the terrorism threat across the eastern region and was created in 2010.

The auction is being managed by Wilsons Auctions, who will sell off the digital currency with no reserve next week.

The first sale will begin at noon on September 25th, running for 24 hours; and the second will take place at 6pm the following day, with 15 lots of bitcoin going on sale to online and physical bidders.

Wilsons Auctions managed the first public auction of bitcoin cryptocurrency by a private auction company in March 2019, with 315 seized bitcoin sold in an auction that had bidders participating from more than 90 countries.