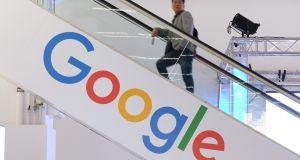 Google’s Irish-based business got a boost in a tax case at the European Union’s top court that’s made the search-engine giant an unlikely ally of EU antitrust chief Margrethe Vestager in a clash with Hungary.

The company’s Ireland unit should win its challenge over Hungary’s controversial advertising revenue tax, an adviser at the EU’s highest court said on Thursday.

The law was applied unfairly to non-Hungary based companies, advocate general Juliane Kokott of the EU Court of Justice said in a non-binding opinion, backing the view of Google and Ms Vestager’s competition team at the European Commission. The court follows such advice in a majority of cases.

“The specific manner in which the Hungarian law on the taxation of advertisements imposes coercive measures on undertakings established outside Hungary constitutes an indirect restriction of the freedom to provide services which is not justified on account of its disproportionality,” Ms Kokott said.

Google brought the case in Hungary after the commission decided the tax violated EU state-aid rules because its progressive rates unfairly benefited some companies.

In a judgment at odds with Thursday’s opinion, Hungary in June won a first round at the EU’s lower court in its fight against the commission’s 2016 view that the law was illegal.

Hungarian prime minister Viktor Orban initially levied the ad tax by applying a rate of as high as 50 per cent of sales for the biggest networks, which RTL Klub, the country’s most-watched commercial TV channel, called a “brute attempt to ruin” one of the last independent media outlets. Following EU criticism, Hungary capped and gradually lowered the tax rate before pledging earlier this year to suspend it altogether through 2022. – Bloomberg