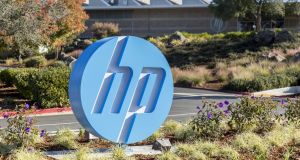 Xerox said Monday it had secured $24 billion of financing for a potential acquisition of HP.

The debt commitment “is not a basis for discussion,” HP said Wednesday in a letter to Xerox chief executive John Visentin. “The HP board of directors remains committed to advancing the best interests of all HP shareholders and to pursuing the most value-creating opportunities.

“Your letter . . . regarding financing does not address the key issue – that Xerox’s proposal significantly undervalues HP,” the letter stated.

Xerox said Citigroup, Mizuho Financial Group and Bank of America had provided the financing for the Connecticut-based printer maker to pursue its $22-per-share cash-and-stock acquisition bid.

Xerox has left open the possibility of sparking a proxy fight or introducing a tender offer to close the deal.