Apple looks to ‘green’ metal for use in iPhone and MacBook

Plan is do develop ‘carbon-free’ metal 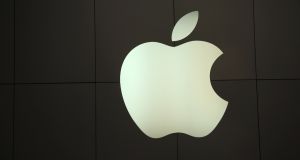 Apple is committed to advancing technologies that are good for the planet and help protect it for generations to come,” said Tim Cook, chief executive

Apple has joined forces with two of the world’s biggest aluminium producers to develop a “carbon-free” metal it plans to use in its iPhone and laptop computers.

The consumer electronics group is backing a joint venture between Rio Tinto and Alcoa that is seeking to commercialise a new technology to eliminate greenhouse gas emissions from aluminium smelting.

The move is the latest effort by Apple to reduce its emissions and shows how metals and mining companies are trying to lower their carbon footprints to satisfy customer demands. Miners are also emerging as some of the key suppliers to the electric car and clean-energy industries, which require metals such as aluminium, copper, lithium and cobalt.

Apple announced last month that all of its facilities were now powered by clean energy, and has pledge to eventually make all of its products from recycled or renewable materials.

“Apple is committed to advancing technologies that are good for the planet and help protect it for generations to come,” said Tim Cook, chief executive, in a statement.

“We are proud to be part of this ambitious new project, and look forward to one day being able to use aluminium produced without direct greenhouse gas emissions in the manufacturing of our products.”

Apple is investing C$13 million (€8.5 million) in the joint venture called Elysis, which has attracted a further C$120 million of funding from the governments of Canada and Quebec. Canada is one of the world’s biggest aluminium producers and both Rio and Alcoa have significant operations in the country. Alcoa and Rio will also invest C$55 million to progress the commercialisation of the technology.

Elysis, which was officially launched on Thursday at a ceremony in Canada, was born out of an effort by Apple engineers to find a greener way of mass-producing aluminium.

While there have been some efforts to develop low-carbon aluminium, these have focused mainly on smelters that use hydro-power.

The engineers found Alcoa had already designed a new process for smelting alumina, the raw material used to make the lightweight metal.

Apple then brought in Rio, one of the world’s biggest aluminium producers, to help accelerate its development.

In the traditional smelting process, in use for more than 100 years, a carbon anode is placed in a bath that contains alumina and other materials. A strong electrical current is then passed through the bath to produce aluminium

Instead of using a carbon anode that is burnt during the smelting process, Elysis has designed a process that uses an “advanced conductive material” that releases oxygen rather than carbon dioxide.

Elysis plans in 2024 to start licensing technology already in use at Alcoa’s technical centre in Pittsburgh. It will also look to sell the new anode material. Alcoa and Rio each have a 48 per cent stake in the JV, with the rest owned by the government of Quebec.

Analysts say the goal of producing completely carbon-free aluminium is still some way away. Many aluminium smelters and alumina refineries, especially in China, rely on electricity from coal-fired power stations. In addition, the mining of bauxite, the basic raw material used to make aluminium, can also be a carbon-intensive process.

Most of the world’s bauxite is mined in Guinea in west Africa, before being shipped to refineries to be made into alumina.