AIB opens up to software developers and fintechs 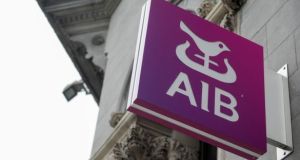 AIB said it had received an enthusiastic response from fintechs in the UK, where it launched an open application programming interface earlier this year.

AIB, the country’s largest retail and commercial bank, is to open up its online banking technology to external software developers to allow them to provide new products and services to its customers.

The bank is introducing a so-called open application programming interface (API), enabling fintech firms to access data such as customer account balances and transactional history in order to provide them with additional products and services.

AIB also announced details of a new “sandbox” for participating fintechs that allows start-ups to test drive their new solutions in a “live environment” while ensuring customers remain protected.

The move comes after the bank said it had received an enthusiastic response from fintechs in the UK, where it launched an API earlier this year.

AIB was the first Irish bank to get approval from the UK regulator, the Competition and Markets Authority, under the Second Payment Service Directive regulation. It currently has more than 20 newly-regulated third-party providers using its interface to build products and services such as budgeting tools and financial management apps that use AIB customer data.

APIs are essentially portals that allow information to be safely and easily exchanged with trusted third parties. Internet giants such as Google have long provided such a platform on which developers can build applications. MyTaxi, Deliveroo and countless other companies that rely on Google Maps for location purposes, for example, have been able to incorporate the mapping technology using APIs.

AIB said participating fintechs in the UK were “making thousands of API calls every month, with volumes increasing rapidly”.

Rival Ulster Bank announced a similar API interface for use by fintechs in the Republic last year. Both it and AIB’s API is based on the OAuth industry-standard protocol.

Under the directive which came into effect earlier this year, all banks located in the European Union must have published open APIs by September 2019 at the latest.

However, Niall Buckley, AIB head of digital ecosystems, said open APIs were more than just a response to the regulation.

“In the past this technical integration has been specialised and in many cases bespoke, resulting in longer timelines and higher costs for our partners. Now we have a standardised secure, open specification for strategic partners to access our digital services and allow customers choice. This means that third-party partners can quickly and easily understand how to connect to us,” he said.

“This will transform the speed and agility with which AIB can deliver greater digital customer experiences,” Mr Buckley added.

AIB has launched a new portal for those wanting to find out more about its open APIs and how to get access to its sandbox. See https://developer.aib.ie/ for more information.