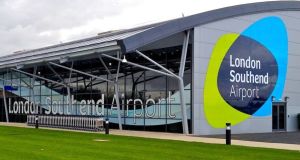 Stobart Group, the UK infrastructure company which was roiled by a public boardroom battle last summer, has won a court case against its former chief executive, who launched a campaign to oust the company’s chairman.

In a stock market release on Friday, Stobart said the high court had ruled it had lawfully dismissed Andrew Tinkler for breaching his fiduciary and contractual duties by calling for the removal of Iain Ferguson and by speaking to shareholders about his grievances.

Stobart, the owner of London Southend Airport, also said the court concluded Mr Tinkler had improperly shared confidential information with businessman Philip Day, whom he wished to replace Mr Ferguson, and that Mr Tinkler should not be reinstated as an employee or director.

However, it added that the court did find that four of Stobart’s directors had breached their duties to the company by improperly transferring 5.3 million shares to Stobart’s employee benefit trust before the company’s annual general meeting, where Mr Ferguson’s re-election was being voted on.

Mr Tinkler called for the four directors to “step down without further delay”. – Copyright The Financial Times Limited 2019

1 Should I switch bank now with Ulster Bank at risk of closing?
2 Will brother’s widow get half of our parents’ estate when they die?
3 Tick all the right boxes when it comes to your house insurance
4 Belfast mailbox address used by account holder in Russian money-laundering scheme
5 Is there a middle ground on co-living schemes in Ireland?
6 Swiss drug giant Roche pays €380m for Irish biotech Inflazome
7 EU watchdog calls for end to Covid loan payment breaks
8 Aldi empire wracked by family feud
9 Diarmuid Ó Conghaile appointed State’s new aviation regulator
10 French investor closes in on €170m purchase of Fitzwilliam 28
Real news has value SUBSCRIBE