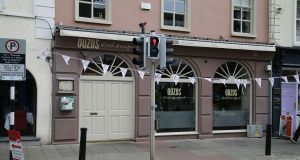 Revenue and local authorities will lose a proportion of the €300,000 due to them in taxes and rates in the PBR Restaurants rescue. Photograph: Nick Bradshaw

On the face of it, the High Court-approved rescue plan for PBR Restaurants, which owned a group of fashionable but ultimately loss-making eateries in Dublin, looks like a good deal.

Some 72 of 74 jobs will be saved, which is the main reason that we have examinerships, the legal mechanism used to rescue PBR. In addition, all three elements of the business, Ouzos Restaurant in the well-heeled suburb of Dalkey, Kelly & Coopers pub in Blackrock, and four Fishshack outlets, will all continue trading.

But this has come at a cost. Unsecured creditors are losing 82.5 per cent of the €700,000 that was due to them. These are mainly suppliers, that is businesses in their own right that have to pay workers’ wages and other bills. It is unlikely that they can really afford 82.5 per cent haircuts.

Then the State is taking a hit as well. Revenue and local authorities will lose a proportion of the €300,000 due to them in taxes and rates.

They will get all of the €200,000-plus that they were owed for the past 12 months as this is a preferential debt, which ranks ahead of unsecured creditors.

Anything due for more than a year before the company sought High Court protection from creditors in August is not treated as preferential, so the State agencies will get 17.5 per cent of the balance of the total, understood to be less than €100,000.

Then AIB, which is 72 per cent-owned by the State, will get the same dividend as the unsecured creditors on a six-figure sum that PBR owed it, which was secured against company assets.

According to PBR’s examiner, Neil Hughes of Baker Tilly, the counter-argument is that creditors might have received nothing at all had the business been liquidated. That may be true, we don’t know, but we do know that this deal will leave a sour taste in the mouths of many businesses (and the State) who have lost out heavily from the rescue deal.