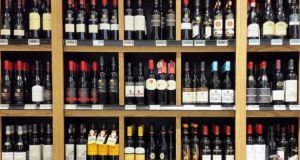 O’Briens: since putting in a new management team two decades ago, it has grown to 34 shops in Ireland – employing more than 250 staff – and now two in London

Ireland’s largest family-owned off-licence chain, O’Briens, has moved quietly into the UK market with the acquisition of two shops in London.

Independent wine retailer Philglas & Swiggot, which has outlets in fashionable Marylebone and Battersea’s bustling Northcote Road, has already changed hands once since it was founded almost 30 years ago. A third store in upmarket Richmond closed in recent years.

O’Briens, which has added about 30 shops to its steadily-growing business in Ireland since a revamp and decision to expand in 1997, bought Philglas & Swiggot on November 16th last.

A spokeswoman for O’Brien’s refused to answer questions about the takeover, including whether or not it will rebrand the London shops, what future plans it has for its expansion into the UK and what role, if any, the Brexit saga had on its decision.

The chain imports into Ireland directly from more than 75 wineries worldwide, and ranges familiar to Irish customers have been appearing for the first time on the shelves of its newly-acquired outlets across the Irish Sea in recent months.

In 2017, the store and its sister shop in Marylebone were named runners-up in the medium-sized category of the annual Decanter retailer awards, with judges describing them as “quirky”, “diverse” and “dynamic”.

The independent wine retailer’s website states it began a “new chapter in its history” when it was taken over by O’Briens.

“Philglas & Swiggot will continue to be managed by Justin Knock MW (Master of Wine), Damien Jackman and also Marcus O’Brien,” it states.

“Along with Lynne Coyle MW, wine director for O’Briens in Ireland, the group now has two masters of wine to oversee the wine range.”

Mr Knock and Mr Jackman were previously directors of the business.

Along with other investors, they bought Philglas & Swiggot from its founding owners in December 2014, according to industry magazine the Drinks Business. At that stage it still had the third shop in Richmond.

The move by O’Briens into the UK comes amid the ongoing fallout of the country’s decision to pull out of the European Union and at a time of major flux in the wine retail market.

Majestic Wines, Britain’s largest specialist wine retailer, is considering a sale of its entire network of 200 high street stores to become an online-only operation under the brand Naked Wines.

Bankers Rothschild are trying to identify potential buyers for the Majestic brand on behalf of the company, with a decision on whether it will opt for sale, closure or rebranding of its shops to be announced in June.

Revenues at Naked Wines, which Majestic bought for £70 million (€80 million) in 2015, have been growing faster than those of Majestic, which is under pressure from discount supermarkets and the costs associated with stores.

Analyst Jonathan Pritchard told the Financial Times that “management sees the future as almost exclusively digital: maybe there’s some value in a few stores almost as showrooms, but the Majestic Wine chain as it stands will cease to be part of the group, probably on a one-year-at-most basis”.

The business has its roots in a grocery store in Bray, Co Wicklow, since the 1940s, before moving into wine in the 1970s with the opening of shops in Greystones and then Dún Laoghaire, before acquiring Wine Corner in Donnybrook in 1979.

Since putting in a new management team two decades ago, it has grown to 34 shops in Ireland – employing more than 250 staff – and now two in London.