New-look Bewley’s goes back to its roots 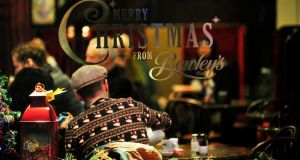 After five years of fighting a losing battle to have its “excessive annual rent” of €1.5 million reduced to a market level, Irish-owned coffee group Bewley’s has decided it is time for radical action at its Grafton Street café.

At some point next month, the café will close for a €1 million-plus upgrade that will take about six months to complete and result in its 140 staff being made redundant.

When it reopens, it will have a different look and feel and the menus will have been overhauled. Its craft bakery at basement level is to be expanded with the café returning to its roots as a maker of coffee and teas and baked goods.

The new Bewley’s will operate from the ground floor only. The company has decided that it is too “complex and expensive” to operate the premises across its multiple levels, as it has done since it opened 88 years ago.

There will be much gnashing of teeth about the closure. Staff who face being made redundant will be the biggest losers. Regular suppliers also face having to plug a big hole in their businesses for at least six months. And customers will lose one of the capital’s favourite meeting places.

Opened by Ernest Bewley in 1927, the Grafton Street café is very much a part of the fabric of Dublin city.

It has a loyal following in the capital and is popular with tourists.

It has also been a popular venue over the years for lunchtime theatre and evening gigs for music and comedy. It is well known for its six stained- glass windows commissioned from the artist Harry Clarke in 1931.

About 20,000 people pass through the premises each week and sales last year amounted to €5.6 million. Yet the café loses about €1.2 million annually, which Bewley’s attributes to its “exorbitant” rent.

Its landlord is Ickendel Ltd, which is controlled by Irish property developer Johnny Ronan, whose loans are held by the National Asset Management Agency. Ronan and Nama are likely to be painted as the villains of the piece.

The rent doubled in 2007 to its current level of €1.5 million a year. That was the height of the property bubble and a year before the economy crashed.

Bewley’s, which is owned by artist Patrick Campbell, has argued long and hard to have the rent reduced to a more realistic level. A third-party arbitrator established a market rent of €728,000 in January 2012. Bewley’s was successful in the High Court but lost on appeal last year in the Supreme Court.

Having effectively run out of road, Bewley’s has now decided to simplify the operation with a view to trimming its annual losses at the café by more than €400,000. The operation will be structured in a way that allows the company to meet the “market rent” of €728,000.

Bewley’s will still incur a loss of more than €750,000 but the company seems to be prepared to absorb this cost to retain its presence in a prime spot on Grafton Street. The café is unquestionably an important marketing tool for Bewley’s wholesale coffee food service businesses.

The group made a profit of €2.2 million last year and has expanded its footprint in the UK, where it sees excellent growth opportunities.

Bewley’s will know by early next year if its plan to save the cafe is working or not. A potential fly in the ointment could be its next rent review, which is due in January 2017.