Musgrave checks out of UK as Tesco buys Booker 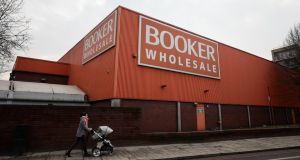 Tesco’s proposed £3.7 billion (€4.3 billion) purchase of Booker, the UK’s largest food wholesaler and the company behind the Londis and Budgens chains, will see Cork cash and carry group Musgrave effectively check out from the British market.

Booker acquired Budgens and Londis from Musgrave for €57 million in mid-2015, in what was effectively a fire sale by the Irish company. This followed years of heavy losses and a €131 million writedown by Musgrave in the value of its British assets.

At the time of this deal, there was talk of a strategic partnership between Musgrave and Booker, to include the Irish company learning from Booker’s advanced digital operations, and possibly using some of its suppliers in a buying arrangement.

And potential opportunities for Irish suppliers to Musgrave to sell into Booker in the UK. In light of Tesco’s move, what is to become of that arrangement, especially as Musgrave and Tesco are such keen rivals in Ireland?

“Following the sale of our GB business in 2015, Musgrave has been providing Booker with IT services for legacy systems,” the Cork group told Cantillon.

“These services will end in March 2017. We also entered a strategic relationship with Booker to identify potential buying opportunities. However, there has not been any recent activity related to this agreement, which we will be reviewing in light of today’s announcement.”