The Roads companies specialise in fragrance, publishing and entertainment 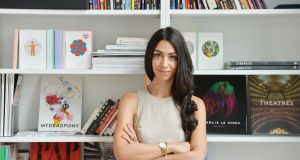 Danielle Ryan is a granddaughter of the late Tony Ryan, a founder of Ryanair. Photograph: Alan Betson

The company is one of a number operating under the Roads umbrella – the Roads businesses were established in 2013 – and the accounts show Ms Ryan has ploughed €6.5 million into the company and its parent entity, Portico Capital Management Ltd, through loans.

Ms Ryan is a granddaughter of the late Tony Ryan, a founder of Ryanair. The Roads companies specialise in fragrance, publishing and entertainment.

Ms Ryan trained to act at the prestigious Royal Academy of Dramatic Art and has based the Roads enterprise in Dublin.