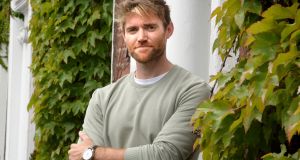 The Dublin company, established in 2016 by former barrister Dan Fox, plans to raise €5 million in the coming months to fund its growth and expansion in Ireland, Britain and the US.

In 2017, the company raised €1 million from investors including Voxpro founder Dan Kiely and Enterprise Ireland.

Johnson Hana International says it is Ireland’s first on-demand lawyer company and managed legal services consultancy. On a like-for-like basis, the company claims that it charges more than 50 per cent less than would be expected for similar work from a large Irish law firm.

More than 1,000 lawyers are registered on the Johnson Hana platform and the company has worked directly with over 150 legal practitioners in the last year alone. Its lawyers have been contracted to work with large companies such as Bank of Ireland, ESB, Twitter, Airbnb, and Tesco.

The company says the platform is a way for legal professionals to enjoy more flexible and family-friendly working conditions than would be possible with a traditional law firm.

The company has since strengthened its core team with multiple hires including Paul Ryan, a former associate director with Goodbody; Alex Fox, sales lead with Sage and Emer Durkan, solicitor and former head of consumer protection at KBC Bank.