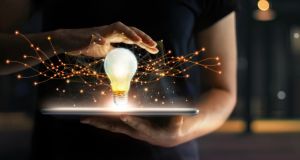 Let there be light. Almost a quarter of customers did not have a clear understanding of pricing and consumption from their regular bills, the survey found.

Half of Irish consumers have never switched energy supplier, a new survey has found.

The 2019 consumer survey carried out on behalf of the Commission for Regulation of Utilities found there was a lack of understanding around pricing and consumption, and also around the special protections offered to vulnerable customers.

Almost a quarter of customers did not have a clear understanding of pricing and consumption from their regular bills, the survey found, making it more difficult for them to decide about switching to a new supplier.

And more than half – 58 per cent – said they found it difficult to compare offers from competing energy providers. Only one in four had used a comparison site to help. However, 85 per cent of electricity customers said they had some understanding of current offers on the market.

Some 39 per cent of respondents said they were aware it was possible to register with suppliers if a member of the household was dependent on electrically powered medical equipment, giving them priority status. However, although 5 per cent said someone in their household would qualify as a priority customer, only 56 per cent are registered.

How people pay their bills is changing, according to the study. One in 10 said they were on a payment plan for their electricity bills, while another 10 per cent use prepaid meters. About half pay by direct debit with the remaining 31 per cent saying that they arrange to pay the bill once they review it

“Many of the results are welcome, such as high levels of consumer satisfaction with energy suppliers,” said CRU commissioner with responsibility for the retail sector Aoife Mac Evilly. “However, the CRU is concerned that many vulnerable customers are not aware of important energy market protections.”

Ms Mac Evilly said the regulator would take the survey results and work with industry and stakeholders to increase awareness and uptake of the additional protections for vulnerable consumers.

About 2,000 residential customers and 650 SMEs participated in the survey, which was carried out by Behaviour & Attitudes and The Research Perspective.