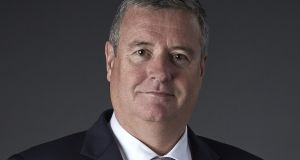 John Given, who has joined corporate law firm Philip Lee as a senior partner in its mergers and acquisitions team.

John Given, the former Elan general counsel and founding chairman of Malin Corporation, has joined Dublin corporate law firm Philip Lee as a senior partner in its mergers and acquisitions (M&A) team.

The move comes as Mr Given predicts a surge in UK companies investing in Ireland – through takeovers and the setting up offices from scratch – to secure a gateway into the EU once it becomes clearer what shape Brexit will take.

“Ireland has been custodians of enormous amounts of US capital invested over the past 60 years. I think we can do exactly the same with the UK,” Mr Given said. “We’re going to be their best friends in Europe after Brexit.”

Mr Given spent two decades with law firm A&L Goodbody, ending up as head of M&A, before joining Elan in March 2013 as general counsel, just as the drugmaker was the subject of a takeover battle that ended up with an $8.6 billion (€7.7 billion) purchase by Perrigo.

He subsequently co-founded and floated Malin, an investor in life sciences companies, with former Elan chief executive Kelly Martin. However, Mr Given quit suddenly at the end of 2016. He was said to have been concerned about Malin’s deviation from its initial focus on a small number of investments to taking stakes in a collection of start-ups in disparate fields.

The company has since been restructured under a new management team to focus on four key investments.

“We had enormous ambitions, which were to deploy long-term capital into the life sciences sector, which needs long-term money. We started on the right track,” said Mr Given.

“Unfortunately, I think it didn’t follow through with the enormous potential that was planned. Having said that, I do believe Malin can be a hugely successful company because you only need some of those assets, those investee companies, to perform well. And there’s every likelihood that some will.”

More recently, Mr Given served as chairman of Sigmoid Pharma, recently renamed as Sublimity Therapeutics, before it completed a $64 million fundraising last year.

Philip Lee, who set up his eponymous law firm in 1993, now presides over a corporate law practice that has 31 partners, 50 lawyers and a total of 130 staff.