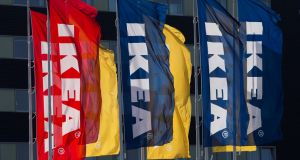 Ikea has agreed to pay a total $50 million to three families in the United States whose children died when the budget furniture group’s dresser Malm tipped over on them, lawyers representing the families said.

The families were represented by Feldman Shepherd Wohlgelernter Tanner Weinstock & Dodig, which said in a statement the Swedish retailer had also agreed to donate funds to children’s hospitals as part of the settlement.

Ikea confirmed a tentative settlement had been reached in an emailed statement to Reuters but declined to comment further as the settlement had yet to be approved by court.

Two US toddlers died in separate 2014 incidents when Malm dressers fell on them. A 22-month-old boy was killed this year in a similar incident, which occurred after Ikea had announced a repair programme, including a free wall-anchoring kit.