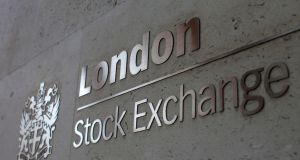 Belfast headquartered Rockpool Acquistions has temporarily suspended trading in its shares on the London Stock Exchange as it pursues a reverse takeover of Greenview Gas, a heating, gas, electrical and renewable energy company based in Carryduff.

Rockpool Acquisitions, which was established as a special purpose acquisition company (SPAC) earlier this year, began trading on the LSE on July 12.

The company, which had raised £1.235 million before coming to the market,

is currently one of only three Northern Ireland based organisations listed on the LSE.

Rockpool was established by Mike Irvine, who owns Belfast headquartered Cordovan Capital Management - which undertakes and manages private equity and property investments – Neil Adair, who was previously a senior Anglo Irish bank executive in the North and Richard Beresford, a corporate lawyer, specifically to acquire a local company or business with a valuation of up to £20 million.

Rockpool said this loan will be used by Greenview Gas to acquire two businesses. Once completed under the terms of its agreement Greenveiw’s shareholders will then grant Rockpool an option to acquire its entire share capital.

If this option is exercised then Rockpool believes this would constitute a reverse takeover.

Mike Irvine, co-founder and non-executive director of Rockpool, said: “The loan to Greenview Gas is the first part of a potential transaction which is intended to see Rockpool transform from a SPAC into a fully-fledged and trading enterprise.

“Greenview reflects the board’s commitment to providing value to the investor community by observing the objectives set out at IPO stage of making an acquisition, within twelve months, of a profitable business headquartered in Northern Ireland, with an international outlook, a strong management team and strong potential to grow.”

1 In six months we will be in the grip of a 1980s-style recession
2 Angela Merkel sweeps in to save the euro zone
3 Avoca wins battle with Monkstown locals over cafe operation
4 Property price drop of up to 12% this year a ‘reasonable’ assumption – McDonagh
5 Chartered Land moves closer to approval for Dublin’s tallest tower
6 Donohoe warns of cost of pandemic as budget deficit swells to €6.1 billion in May
7 Aer Lingus wants quarantine period axed to resume flights in July
8 Should my mam wait for house prices to drop before buying?
9 The fight over how to pay for the global economic recovery has begun
10 Shorla Pharma raises €7.4m to bring cancer drugs to market
Real news has value SUBSCRIBE