Dunnes Stores canniness beats them all 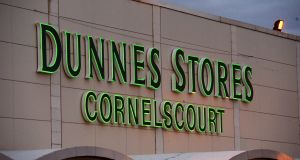 Dunnes Stores increased its market share to 22.6 per cent in the 12 weeks to November 6th, 0.2 per cent ahead of SuperValu. Photograph: Cyril Byrne

For the decade up to early last year, Tesco appeared to be untouchable in Ireland’s never-ending store wars. At one point it held market share of close to 30 per cent and had a commanding lead over its closest rival Dunnes Stores.

No-one else could get a look in. Then SuperValu bought Superquinn and almost overnight everything changed. At first it seemed as if the big loser was Dunnes Stores, pushed into third place by SuperValu, which in turn moved within touching distance of Tesco when the Superquinn customers were added to its own.

In April 2015 Supervalu became the Republic’s biggest supermarket for the first time. However, there was another subtle shift and it was in favour of Dunnes Stores.

While Tesco was still in second place back then, the keen eyes were on Dunnes Stores, which was growing its share through a range of canny promotions. By the middle of last year it had overtaken both Tesco and SuperValu in the most important market of them all: Dublin.

And it capped a stellar two years by taking second place from Tesco last month and now leapfrogging SuperValu to become the most popular grocer in the Republic yesterday.

According to the latest figures from retail analysts Kantar Worldpanel, Dunnes Stores increased its market share to 22.6 per cent in the 12 weeks to November 6th, 0.2 per cent ahead of SuperValu. Tesco is in third place with a market share of 21 per cent.

The secret to its success is its Shop & Save promotional campaign. One of the key things the campaign has convinced shoppers to do is put just one extra item in every basket , an item worth an average of €3.20. That may not sound like a whole lot but when all the numbers are totted up it has seen Dunnes grow its weekly sales by €2.8 million and allowed it to become the number one.

Given that less than 1 per cent separates Dunnes in pole position and Tesco in the bronze-medal place, it could be argued that it doesn’t make much difference, but being in pole position gives a retailer bragging rights and you can expect Dunnes to be exercising that right loudly and frequently in the run up to Christmas.