Retail sales up 1.5% versus June and 6.4% higher than the same month a year earlier 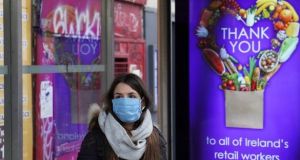 As the volume of in-person shopping increased as shops reopened, the proportion of online sales fell to 4.5 per cent in July

Retail sales were up 1.5 per cent compared to June in volume terms and were 6.4 per cent higher than in the same month a year earlier, according to new figures from the Central Statistics Office (CSO).

The largest volume rise recorded in July was for bars, up 138.5 per cent versus the previous month, when the sector was shuttered. Other sectors to show big increases in sales were clothing, footwear and textiles, up 25.5 per cent, and electrical goods, which were 12.6 per cent higher.

Sales of fuel were up 10.3 per cent as more people took to their cars following the lifting of Covid-related restrictions.

When sales of cars are excluded, retail sales were up 2.8 per cent in July versus June, and 5.9 per cent higher than the same month in 2019.

Retail sales last month were 4.7 per cent higher in February, when the coronavirus pandemic began to take hold. However, the latest data shows that many sectors have yet to recover, with bars trading 55 per cent lower than in February and books, newspaper and stationery sales down 39.91 per cent. Department stores-led sales were 17.1 per cent lower than before the crisis started while fuel was 7.2 per cent below the February level.

Compared to July 2019, retail sales at bars were 53 per cent lower, with books, newspapers and stationery, department stores and fuel, also significantly down.

As the volume of in-person shopping increased as shops reopened, the proportion of online sales fell to 4.5 per cent in July from 6.7 per cent in June.