Counterfeits worth €85bn make up 5% of all imports into Europe 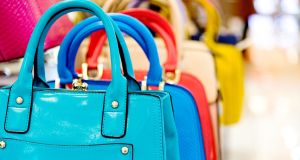 The European Commission will draw up a list of countries and online marketplaces which are the biggest source of fake goods and piracy coming into Europe, as the EU steps up its fight against the multi-billion euro counterfeiting industry.

The European Commission on Wednesday revealed plans to help curb the sale of fake goods in the EU, which make up 5 per cent of all imports into the continent and are worth €85 billion.

As part of the measures to protect intellectual property rights, the EU will draw up a “watch list” of the biggest non-EU markets involved in producing and selling fake goods and tighten up security at Europe’s customs borders.

China is the biggest single source of the world’s fake goods, according to the EU’s Intellectual Property Office (EUIPO), with Montenegro, Hong Kong, and Malaysia all big producers. Footwear, leather goods, clothing, electrical goods and watches are the main fake items seized by European customs authorities, according to the EUIPO.

But the commission has been criticised by the world’s biggest consumer and luxury brands for failing to come down harder on online websites where fake goods sales have proliferated in recent years. More than 100 companies, including Louis Vuitton, Adidas, and Prada, wrote to Jean-Claude Juncker earlier this month calling on the EU to draw up laws against counterfeiting rather than asking websites and advertisers to cooperate on a voluntary basis. The commission has said its existing laws are still “fit for purpose”.

“Today we boost our collective ability to catch the ‘big fish’ behind fake goods and pirated content which harm our companies and our jobs - as well as our health and safety in areas such as medicines or toys”, said Elzbieta Bienkowska, EU commissioner for the internal market.