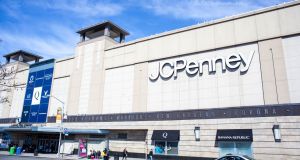 JCPenney was among the biggest casualties of the pandemic in the US retail sector.

Simon Property Group, America’s biggest mall owner, and Brookfield Asset Management have been given permission to buy US department store chain JCPenney out of bankruptcy for $1.75 billion (€1.47 billion), in a deal expected to save about 60,000 jobs.

A bankruptcy court in Texas approved the two companies acquiring the operating assets of the retailer, which had more than 800 stores and employed about 90,000 people before it filed for Chapter 11 bankruptcy in May.

It marks the largest in a series of unconventional deals through which Simon has bought interests in other failed chains including Forever 21, Brooks Brothers and Lucky Brand.

Setting out the rationale to investors this week, David Simon, chairman and chief executive, predicted Simon could succeed where others had failed in retail. He claimed the group could make at least $1 billion from such investments with its BlackRock-backed joint venture partner Authentic Brands, a licensing specialist. “We’re going to make $1 billion-plus . . . without question,” he said.

Critics have raised concerns about the unorthodox deals, such as whether keeping its tenants in business is a desperate attempt to maintain occupancy levels at Simon’s malls and whether the ownership structure puts rival landlords at a disadvantage. JCPenney had about 60 stores in Simon properties around the time of its filing.

Simon’s strategy for JCPenney could include cross-selling merchandise of other brands in which it or Authentic Brands had an interest, Mr Simon said: “Those products will find a home in Penney.”

Mr Simon also argued that the property group would have a greater chance than incumbent operators to “attack the problems with the profitability” of struggling stores. “Brooks Brothers is a great example,” he said. “It’s got a great following. . . [but] it had the strangest real estate footprint. They had single stores that were paying $3 million a year in rent.”

High-quality assets in popular locations have helped Simon’s properties perform better than peers, but figures published on Monday showed its occupancy rate in the third quarter fell to 91.4 per cent, a new low for the decade.

JCPenney was among the biggest casualties of the pandemic in the US retail sector. It had struggled for years with the rise of online shopping, and restrictions to slow the spread of coronavirus in the spring left it unable to service a high debt load.

Jill Soltau, JCPenney’s chief executive, said in a statement: “With the 2020 holiday season in full swing, we are excited to operate under the new ownership of Brookfield and Simon outside of Chapter 11 and under the JCPenney banner.”

The $1.75 billion enterprise value figure includes a combination of cash and new term loan debt. The deal does not cover 160 real estate assets owned by JCPenney, including stores and distribution centres, of which the company’s lenders are expected to take control. – Copyright The Financial Times Limited 2020