Aldi and Lidl at back of queue during UK pandemic 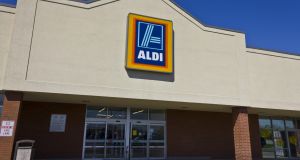 Aldi and Lidl have taken market share from incumbents in European markets, but have suffered in the UK.

Has the UK reached peak Aldi?

The German discount grocer and its rival, Lidl, which only sell through stores, have missed out during the pandemic as more sales moved online. They are now hoping to claw back business as the economic downturn is expected to prompt shoppers to seek out lower prices.

But industry experts said their recent rapid growth and competition from traditional supermarkets would make it harder for the discounters to take more business from rivals in this recession than in the last.

“If you are nervous about Covid-19, would you rather go to a supermarket with wide aisles and big car parks or a discount store that is smaller and more densely shopped?” said James Anstead, food retail analyst at Barclays.

Discounters suffered from a lack of exposure to the two channels that performed best during the lockdown. “The pie has got bigger overall so everyone is selling more,” said Fraser McKevitt at Kantar. “But where they have lost some sales has been towards online and convenience.”

The “big four” UK supermarkets - Tesco, Sainsbury, Asda and Wm Morrison - expanded online delivery dramatically during the pandemic, helping to double the ecommerce share of the overall grocery market to 13 per cent in just a few months.

By May, Tesco was increasing its overall sales at a faster rate than Aldi for the first time in a decade, although Lidl’s sales have still grown faster than either.

Mr McKevitt said the level of sales taken by convenience stores was reverting to more normal levels and that excluding online and convenience, discounters were still holding their own.

But he and others expected much of the shift to online to endure, leaving the discounters with a problem.

Aldi has instigated a partnership with Deliveroo and launched a click-and-collect service. But these are small-scale trial initiatives. The company said it was “listening closely to customer feedback” on both but that whatever it did online “needs to fit with our low-cost operating model”.

Lidl has come to broadly similar conclusions. Both companies are still aiming to grow by opening stores and winning over more shoppers as wages are squeezed and unemployment rises.

The last recession was a bonanza for discounters. Aldi and Lidl grew rapidly after 2008 as traditional supermarkets defended profit margins rather than sales. Discounters’ combined market share in the UK grew from 4 per cent to 14 in a decade.

But this time the traditional supermarkets are expected to put up a tougher fight.

Andrew Porteous, analyst at HSBC, said the big four were “all very conscious of the mess they made of the last recession”.

“They have done well through lockdown. They will want to make sure they don’t give people any reason to go back to split shops,” he added, referring to the practice of shopping for basics at a discounter and topping up elsewhere.

Price will be a key weapon. Analysts estimate the price gap between discounters and conventional supermarkets is now about 10-12 per cent, against more than 20 per cent a few years ago.

Tesco has pledged to match Aldi prices on key items while Morrisons recently cut prices on 400 basics and Walmart-owned Asda has indicated it will not be holding back from reductions.

That competition, and investment in more stores, has reduced discounters’ profitability. Aldi’s margins fell from above 5 per cent in 2013 to just 1.75 per cent in 2018.

Some analysts expect the tougher environment, with new UK stores delivering lower returns on capital, may push Aldi and Lidl to divert investment to other countries, although the grocers denied this.

Aldi and Lidl entered the UK about 30 years ago. Aldi now generates roughly £11bn of sales in the UK, of a total of about €55bn at Aldi Sud, the division that operates in the UK, US, Ireland and Southern Germany.

The retailer aims to have 1,200 UK stores by 2025, up from 890, while Lidl expects to open about 50 new stores each year. Both say that with no external shareholders, they can afford to take a long view.

In other European countries they have continued to take share from well-financed and competitive incumbents. In Ireland, their combined market share is now 25 per cent. In the Netherlands, where Ahold Delhaize brand Albert Heijn and privately owned Jumbo control more than half the market, Aldi and Lidl have nevertheless reached 18 per cent.

Both Aldi and Lidl are committed to being the cheapest in the sector - and they may have to cut prices further as the likelihood of a renewed price war between their UK-listed rivals increases.

“Shareholders understand that investment needs to be made,” said Mr Anstead. “But there is a balance between staying competitive and provoking a price war.” – Copyright The Financial Times Limited 2020