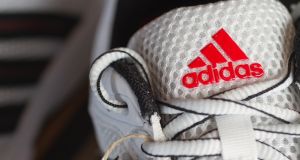 German sportswear firm Adidas said on Thursday it expected to bounce back to profitability in the third quarter after it plunged to a big loss in the second quarter when the majority of its stores were closed due to coronavirus lockdowns.

Adidas reported a second-quarter operating loss of €333 million, worse than the €290 million expected by analysts on sales down 35 per cent to €3.579 billion, ahead of analyst consensus for €3.3 billion.

Jefferies analyst James Grzinic said the sales decline was much less than feared in Europe and North America - down 40 per cent and 38 per cent respectively - as Adidas was supported by its strong ecommerce operation, while Asia was weaker than he expected.

Adidas said its sales were flat for the second quarter in China, where it saw double-digit growth in May and June.

The quarterly loss included coronavirus-related charges of around €250 million, mainly due to an increase in inventory and bad debt allowances, as well as the impairment of retail stores and the trademark of its struggling Reebok brand.

Inventories hit €5.2 billion at the end of June, up 20 per cent from the end of March.

Adidas expects a material improvement in third-quarter sales assuming there are no new major lockdowns, but still down on 2019 by a mid- to high-single-digit rate.

It sees an operating profit of between €600 million and €700 million in the period.

It declined to give an outlook for the full year.

“We are now seeing the light at the end of the tunnel as the normalisation in the physical business continues,” chief executive Kasper Rorsted said in a statement.

Ecommerce sales jumped 93 per cent in the quarter and remained at a very high level even as stores started to reopen, with 92 per cent already back in business, albeit with reduced opening hours.

1 Will your boss let you work long-term from home – or from abroad?
2 House asking prices rebound but will likely fall again - MyHome
3 Revolut shifts regulation of Irish customers to Lithuania
4 Plans for €2bn Dart expansion lure Bombardier to Dublin
5 Google tells workers to return to country where they are employed
6 AA Ireland bought by Olivier Sarkozy-led fund
7 Subway bread too sweet for the Irish tax authorities
8 Construction sector 'unlikely to recover' before 2023
9 City firms move £1.2tn and 7,500 jobs out of London - EY
10 Let’sGetChecked chosen by American Airlines for pre-flight Covid testing
Real news has value SUBSCRIBE