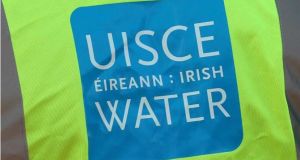 A company employing 352 people in providing a contact centre service for Irish Water has challenged a tender process leading to another company being awarded a €63 million contract to provide such a service for seven years.

Among the claims by Abtran Unlimited Company is that Irish Water acted unlawfully in allegedly accepting an “unlawfully low” tender from Capita Customer Solutions Ltd.

The contact centre is intended as a service allowing Irish Water customers contact it about issues including water quality and water supply.

In court documents, a solicitor for Irish Water said the operation of the contact centre was of “significant value to the general public” in their dealings with the company.

The challenge concerns the process leading to the award to Capita last November of the single-party framework for supply of contract centre services to Irish Water. Abtran, with registered offices in Blackrock Business Park, Cork, is the current provider of the contact services at issue under a contract with an expiry date in July 2020.

Abtran says it has been providing such services, via a staff of 352 people based at a dedicated premises in Cork, since 2013. It claims the contract awarded to Capita involved no major change to the services Abtran has been providing.

Among various claims, it alleges Irish Water had wrongfully discriminated against Abtran and had failed to disclose to Abtran all of the relevant criteria and/or sub-criteria and/or requirements in its evaluation of the Abtran tender.

At the Commercial Court on Monday, Eileen Barrington SC, for Irish Water, said the case concerned a procurement contract with a value of about €63 million over a number of years.

She said there was “no active opposition” to Irish Water’s application for fast-tracking of the case in the commercial list. Counsel said Irish Water is concerned about the automatic suspension of the contract triggered by the legal challenge and may bring an application to lift that. There are talks between the sides on the suspension issue, she added.

Catherine Donnelly BL, for Abtran, confirmed there has been communication between the sides concerning the suspension issue. Mr Justice Barniville said he would admit the case to the Commercial Court and noted there may be an application to lift the suspension. Because of the talks between the sides, he adjourned further directions to next week.