Q&A: Why is the EU investigating the motor insurance industry?

The cost of car insurance is impacting young peoples chances of employment in rural Ireland, but does the New Zealand model hold any solutions? 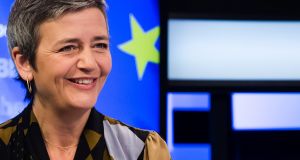 European competition commissioner Margrethe Vestager announced on Tuesday that the European Commission has opened an anti-cartel investigation into the Irish motor insurance industry. What is going on?

What are the EU investigating?

The commission has opened what is calls an “antitrust” investigation in an attempt to establish whether the motor insurance industry in Ireland is breaking EU rules around competition.

The main allegation is that the insurance industry may be operating like a cartel, with the established players acting to maintain an unfair advantage over other competitors. They are specifically investigating a data pool used by members of Insurance Ireland, the main association of insurance companies.

In a statement, Ms Vestager said the commission was “investigating whether companies wishing to offer their services on the Irish motor insurance market may have been unfairly prevented” from accessing this data pool.

Okay, what is a data pool?

Basically it is a database that is shared between a number of companies in a particular sector. The EU investigation is centred around Insurance Ireland’s database, called InsuranceLink, which holds claims submitted by several providers and is used to help detect cases of fraud.

So what is the problem?

The commission has said the potential exclusion of certain insurance companies from the data pool may be in breach of EU competition laws, which prohibit agreements between companies that prevent, restrict or distort competition within the EU’s single market. This essentially means that companies cannot collude to give themselves an unfair advantage over other competitors.

When did all this start?

This issue first made headlines in July 2017 when the offices of some motor insurance providers were raided by authorities, which kicked off this investigation into alleged anti-competitive practices.

Unannounced inspections are often a preliminary step in antitrust investigations, which do not have to be completed within a set timeframe.

Separately, concerns at rising motor insurance premiums in Ireland have become an issue in recent years. In 2016, the government set up a working group to examine the cost of insurance, which has completed a series of reports, and made recommendations for reform. The matter has also been examined on several occasions by the Oireachtas committee on finance.

What do Insurance Ireland have to say?

In response to the news, Insurance Ireland issued a statement, saying the association was fully co-operating with the European Commission. The statement added the body was “confident its practices are fully compliant with competition law”. Insurance Ireland said its database had been in operation since 1988, and could be accessed by both members, and non-members of Insurance Ireland.