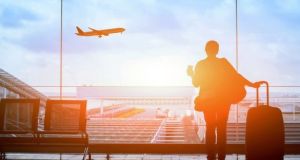 Mr O’Sullivan joins from Google where he had responsibility for accounting, financial compliance and contractual controls for Europe, Middle East and Africa (EMEA).

Before this he held senior positions with companies including Pearson, Vodafone and Oracle.

Interim chief executive Sean Corkery welcomed Mr O’Sullivan’s appointment. “Niall brings a wealth of financial and operational experience which I know will add significant value to our future performance and growth,” he said.

Shares in Datalex lost more than 60 per cent of their value after the group issued a profit warning in mid-January and revealed suspected accounting irregularities that were subsequently confirmed.

The company’s shares were suspended from trading earlier this month, after it said it would not be in a position to publish its full-year results by an end-April deadline to comply with market transparency rules.

Datalex’s problems have seen it rely on its main shareholder, Dermot Desmond, for a €3.85 million equity injection and €6.15 million loan in recent months.

1 My aunt never told us that Gran passed away with no will
2 Ryanair to slash 1,000 flights from August and September schedules
3 Political row brewing if Ireland loses its appeal on Apple
4 Will Revenue come calling with tax bill if inheritance tax threshold falls?
5 Netflix stock drops after downgrade by UBS analysts
Real news has value SUBSCRIBE